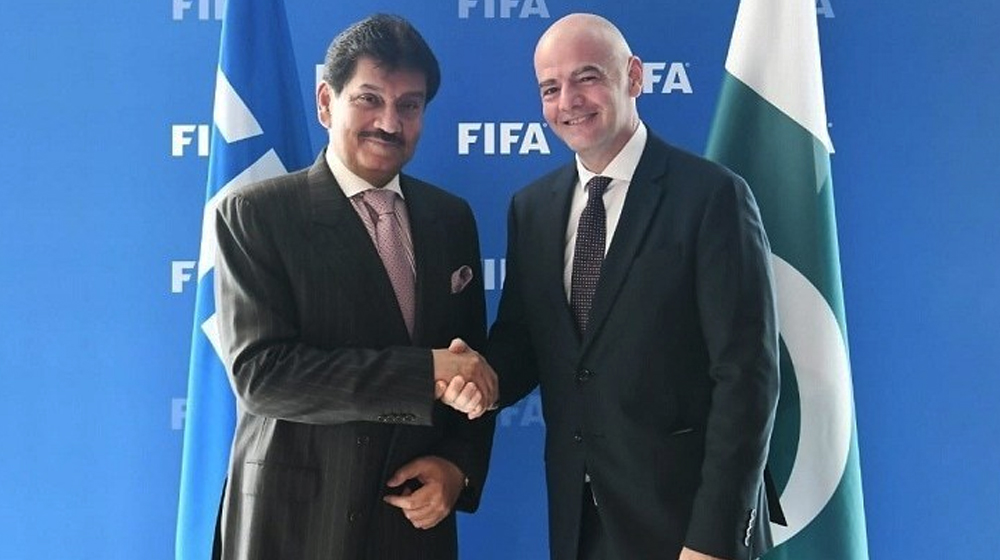 President FIFA regarded Pakistan’s large population as a great potential for football. He assured PFF that FIFA will provide support for the promotion of the sport in the country. He said Pakistan is one of the countries where people have a great deal of interest in the game. He was also hopeful about the immense talent in Pakistani youth.

Infantino, during the meeting at Zurich, said:

Pakistani people have a huge interest in the game of football. Youngsters have potential to excel at international level. FIFA would continue to assist Pakistan at all levels. I would be soon visiting Pakistan to see football development work.

FIFA President said that his organization is well aware of the problems that Pakistan’s football has been facing and that FIFA will send in a team to Pakistan to help resolve the challenging issues by devising a plan for recovery.

FIFA has supported Pakistan for the past few years by implementing FIFA Forward Program. It has also provided financial support to its member associations including Pakistan. PFF President was thankful to Mr. Gianni Infantino for three years of support.

The delegation to be sent to Pakistan will also ensure that the matters of the sport are kept apolitical and that there are no external pressures while solving them.

PFF chief briefed FIFA president on multiple steps, as Pakistan Football Federation has resumed football activities in the country during the last four months. A number of football events that were held or participated in are:

FIFA president also incurred hope about the matter of providing support to PFF in the implementation of infrastructure related goals which include some undergoing projects located at:

Story Via TheNation.
Image Via Dawn.