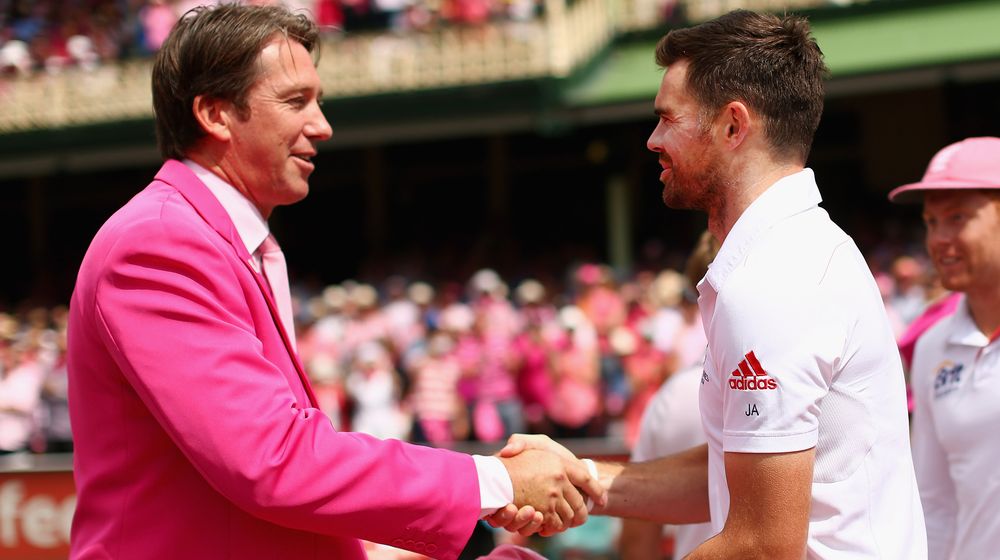 The fifth and last test of the England-India series will be remembered not just as Alastair Cook’s last match, but also the match in which the veteran pacer James Anderson got past Glenn McGrath’s tally of 563 wickets, becoming the 5th highest wicket-taker in the history of the game and test cricket’s most successful fast bowler.

The achievement has been lauded by all the greats of the game, especially the former Australian pacer whose record was bettered by Anderson, saying that he is glad that his record has been broken by someone like James Anderson.

Here is the record-breaking moment:

McGrath, however, doesn’t want him to stop at 564, but raise the bar instead:

If he can raise the bar to 600 wickets, that’s an incredible effort.

Talking to an international paper, McGrath was all praise for the Englishman.

I have a lot of respect for Jimmy. He’s been an incredible bowler for a long time. To have played well over 140 Tests and just keep running in, day in, day out, and remain at the top of his game, yeah, I’m very proud Jimmy’s got there.

McGrath believed that Anderson and Dale Steyn were two bowlers who could have broken his record.

When asked about swing bowling, the name that came to his mind was the Sultan of Swing Wasim Akram.

When it comes to the art of swing bowling, there is no-one better. I think of somebody like Wasim Akram, who is one of the greats of all time, and he could just do anything with a ball. Wasim swung it both ways, was a left-armer and had power through the crease.

James Anderson has already asked the selectors not to rest him for the winter tours, which would mean that he has the chance to fulfill the challenge thrown in by one of the greatest fast bowlers of all time.