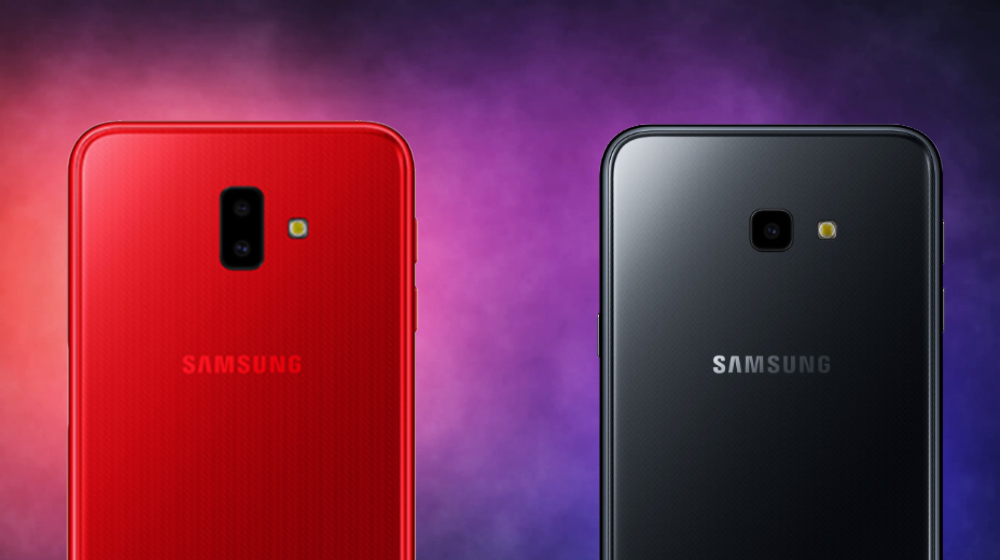 The two new phones might be the last ones in the J series.

Samsung has unveiled two new entry-level phones, Galaxy J4+ and Galaxy J6+, with pretty much the same specs and generic designs that the J-series is known for.

The J series mostly consists of low-midrange phones that are mainly sold in India, Pakistan, and other developing markets by the company. Recent news from some noted Korean outlets says that Samsung might stop making J series phones in the near future.

If that happens, the newly-launched J4+ and J6+ will be one of the last phones to be sold under the “J” moniker. Anyway, let’s see what the two new phones have to offer.

Design-wise, both phones look almost identical. The main difference between the two is the rear camera set up – the J6+ has a dual camera array while the J4+ has a single sensor on the rear.

J4+ sees the most change compared to the original Galaxy J4, which had capacitive buttons and a physical home button at the bottom. Now it looks more like J6 and has that 18:9 aspect ratio display as well.

The J6+ has a side-mounted fingerprint sensor, though only the North American version of J4+ will get this feature.

The display panel on both J4+ and J6+ is a 6-inch IPS LCD that has a resolution of 720 x 1,480 pixels (HD+). There is no notch, the bezels are fairly large too compared with recent trends, and Samsung decided to go for cheaper IPS panels instead of its popular AMOLED displays.

Inside, both phones have the same quad-core chipset. The company has not disclosed yet the make or model of the processor, its likely to be an Exynos 7570 Quad, or its equivalent Qualcomm Snapdragon 425 (for some regions).

RAM and storage options for the J6+ are 3/4 GB RAM with 32/64 GB internal storage. J4+ comes in 2/3 GB RAM and 16/32 GB storage trims. You cannot expand the storage on these two phones, as the company did not include a microSD card slot.

The main difference between J4+ and the J6+ is the camera. J6+ has two cameras on the rear – a 13 MP + 5 MP combo. The 5 MP camera is merely a depth sensor that is used to add background blur to your photos. On the front, the J6+ has an 8 MP selfie shooter.

For the J4+, it has a basic 13 MP camera on the rear and a 5 MP seflie camera on the front. The company didn’t mention AI support, so its likely that these phones don’t come with the feature.

Both J4+ and J6+ have 3,300 mAh batteries, with no Type-C or fast charging support. Color options, however, are different for both phones.