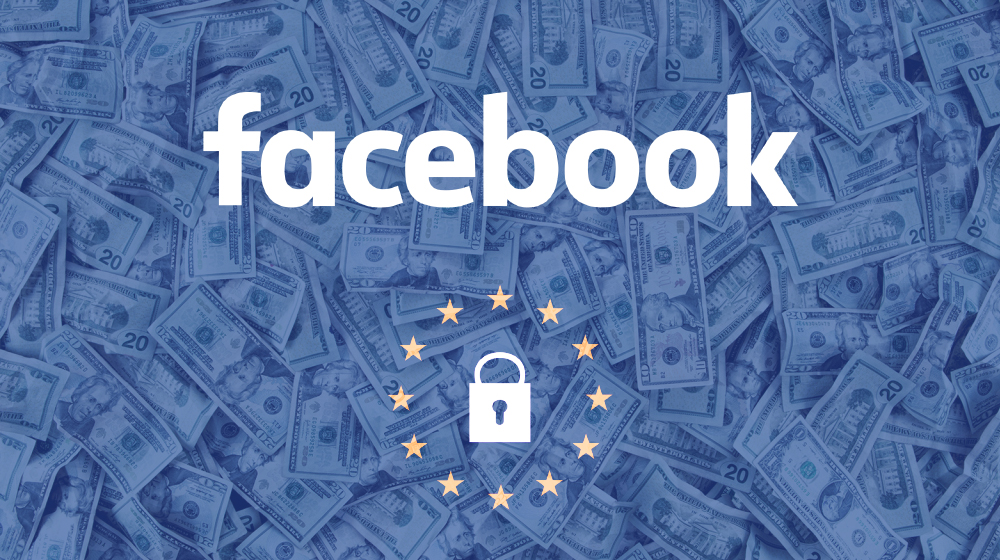 The social network is under the spotlight again, and not for the right reasons.

Facebook might have to pay billions in fine to EU data regulators as about 5 million out of the 50 million people affected in the recent hack lived in the European Union.

Europe’s GDPR regulation has made data handling more strict for companies that interact with EU residents. Facebook was recently involved in a major data breach, when its platform got hacked by unknown attackers, compromising personal data of about 50 million people.

The Irish Data Protection Commission, the region’s data watchdog, tweeted that less than 10% of compromised accounts belonged to EU nationals.

According to estimates, Facebook could face a fine worth $1.63 billion for those accounts, after the regulatory bodies are done gathering info on the total damage done.

The hack was made possible thanks to a bug in Facebook’s own features. This bug gave access to the social network’s login token system that let the attackers log in to many different accounts to extract their personal data.

Bigger Than You Think

Another thing that the hackers were able to compromise were other third-party user accounts connected to other websites, such as Tinder, Daraz, and Instagram, so it was a major breach compromising security at great levels.

EU’s GDPR regulation has been made stricter after Facebook’s Cambridge Analytica scandal. The policies have defined heavy fines for companies with poor privacy control, especially for those who store personal details belonging to EU residents.

Facebook still has not revealed info about the data that was stolen from those accounts. There’s also no word on what the data will be used for just yet. In the previous breach, the data was used by Cambridge Analytica for political advertisement, so as to influence voters during the USA’s presidential elections in 2016.

The internet is plagued with issues that compromise your privacy. It’s also full of fake news and misleading content, so it’s mostly up to us to look out for ourselves online.