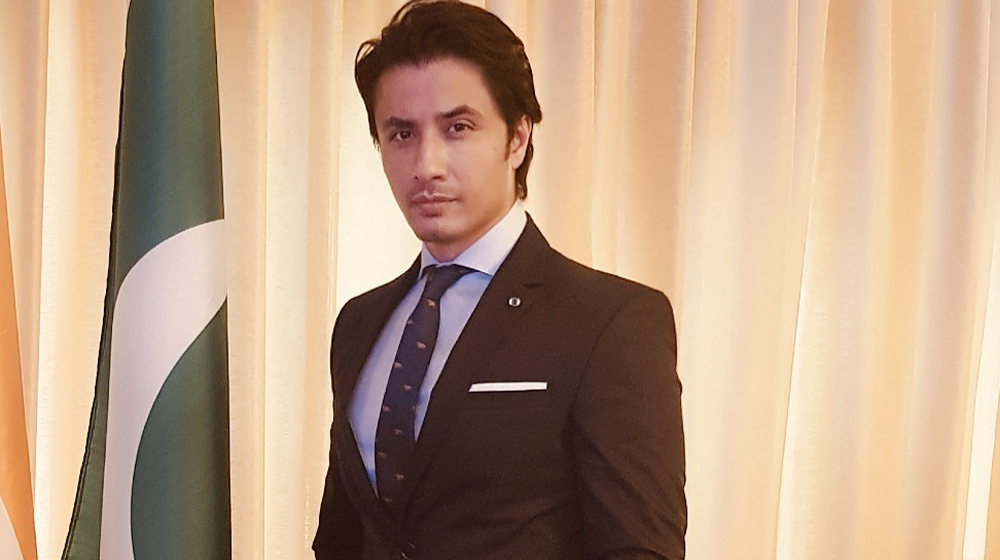 Teefa in Trouble continues to break barriers for Pakistani cinema as the film was given the privilege of being selected to represent Pakistan at the prestigious Silk Road International Film Festival [SRIFF] currently underway in Fuzhou, China.

This honour marks a first for a commercial Pakistani blockbuster to be invited to screen at the festival and its producer, co-writer, actor and star Ali Zafar to represent Pakistan for an open dialogue to initiate and discuss the possibility of enhancing cinematic ties between the two countries.

The conference was chaired by Mr. MIAO Xiaotian, President China Film Co-Production and Mr. JIANG Ping, Vice president of China Film Group Corporation where Ali Zafar with Mr Xiaotian and Mr Ping spoke of the need for multilateral film cooperation, the burgeoning Pakistani film industry and the opportunity and potential for investment and growth and how the mutual development of film is complementary to the One Belt One Road movement. They further exchanged notes on the need for strategic reciprocal policies for film production and releases and the potential for co-produced content.

Indeed speaking at a series of round table meetings hosted by Chinese government and film officials, Ali addressed delegates from India, Turkey, Canada, South Africa, Egypt, Tunisia, Croatia, Serbia, Malaysia and Georgia. “Pakistan has huge potential and these are very important times for our industry with a long way to go to really achieve our full potential. We welcome all dialogue and initiatives to enable us to realise this full potential.”  He highlighted that his film Teefa In Trouble grossed approximately $2.7 million from Pakistan alone with only 101 screens, whereas in comparison, Bollywood big films do big business by releasing with over 4000 screens and Chinese films now with 50,000 screens. “Considering Pakistan’s population we have a potential market of 1000-1500 screens which could easily multiply the business to 10/15 times more than its current value or beyond. Hence investment into Pakistan is sure to be lucrative.”

He further emphasized “I am equally here to underscore the need to create history, opening doors for screening Pakistani films in China and I propose a quota on minimum 3 films a year to be given to Pakistan. Moreover Pakistani film students and film makers should be given an opportunity to work aside Chinese film students and film makers and vice versa. This will not only help diversify our understanding towards each other’s cultures but also accentuate the artistic expression alongside creating massive commercial prospects. Pakistan has enormous potential and is a beautiful country and the world must get to see it “

Ali Zafar was lauded by the festival and delegates for the incredible achievement of Teefa in Trouble which was privately to over 30 Chinese mainstream distributors at the festival. The film was commended for setting new benchmarks for regional cinema in terms of the production value, visual effects, cinematography, screenplay and the action sequences.

Ali Zafar is now working closely with the Chinese film industry to pioneer and execute a strategic cinematic framework for films across Pakistan and China.