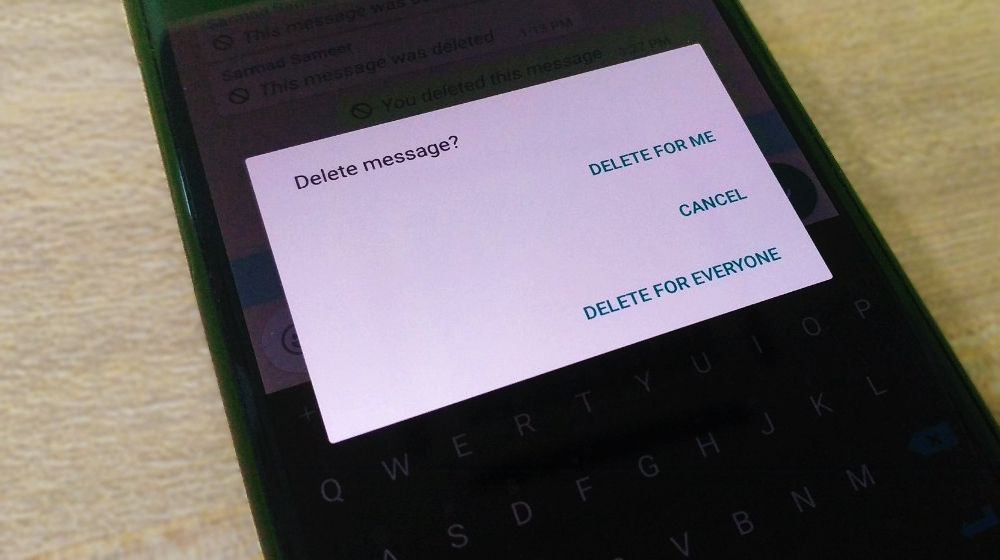 More time to delete your messages.

‘Delete for everyone’ feature in WhatsApp was introduced last year, and since then, this handy option has changed lives in a better way for many of us.

One of the biggest use cases of the ‘Delete for Everyone’ option is that it allows you to recall a message sent to the wrong chat, or if the message sent contains a mistake or a typo. Deleting messages is fairly recent in WhatsApp, something that has been in other chat apps like Skype and Telegram for a long time.

The feature was initially rolled out with a seven-minute deadline which later was extended to 1 hour 8 minutes and 9 seconds.

Now, WhatsApp has reduced the window to 13 hours, 8 minutes and 16 seconds to revoke messages.

In simple words, if you send a message within a group, you can revoke it within 1 hour and 8 minutes. However, if the recipients don’t get a revoke request within 13 hours and 8 minutes, your message won’t be deleted.

As per WABetaInfo’s tweet, the time limit has been changed because:

This is a protection against modded users that revoked messages sent weeks, months and years ago.

They didn’t clarify whether the update has made it to the beta or not, so we’ll have to wait for an official announcement from WhatsApp or another tweet from WABetaInfo.

WhatsApp has updated the "Recipient limit".
What does it mean? If you delete a message for everyone, but the recipient won't receive the revoke request within 13h, 8m, 16s (maybe because the phone was off), the message will **not** be revoked.
..(1/2)

This decision by the Facebook-owned messaging service appears to be in response to random delete requests for older messages.