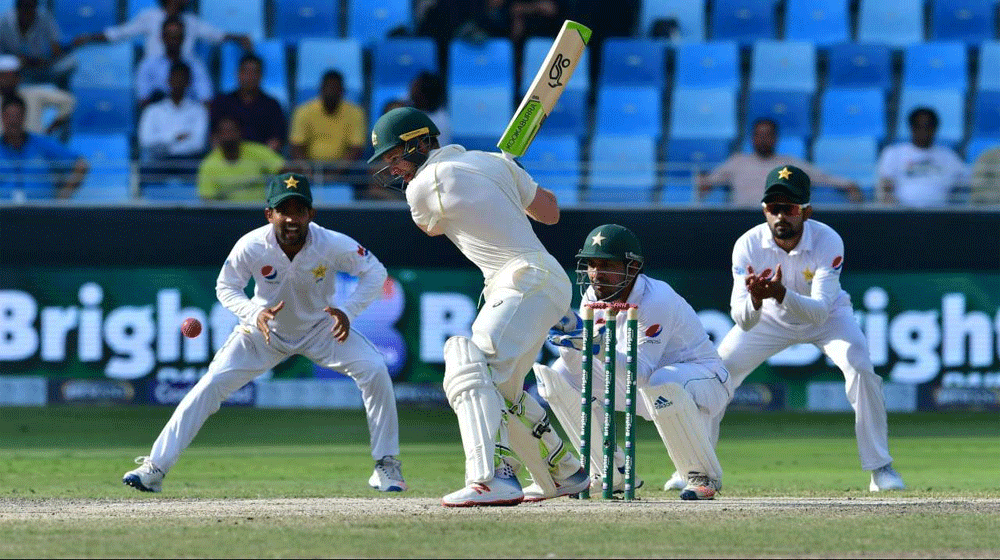 Pakistan and Australia are locking horns in the second and final Test of the two-match Test series, which has started at Sheikh Zaid Stadium in Abu Dhabi.

After snatching an improbable draw on the final day of the Dubai Test, Aussies would be now eyeing a win out of the upcoming test.

They Baggy Green are riding high on confidence on the back of their spectacular performance on the last day of the first test at Dubai International Cricket Stadium.

The stage is set for the visiting Australia to achieve something that has never been achieved by any non-Asian team in the deserts of United Arab Emirates.

Pakistan, on the other hand, are seeking to recover from the lows of final-day disappointment in the last encounter and would go with all guns blazing at the young but ‘dangerous-looking’ Australia to retain the records here.

So far the updates from the field are that Pakistan skipper Sarfraz Ahmed has won another toss and opted to bat first straight away on a nice batting surface. This means Australia would have to face another fourth-inning scare and their Test gets a little harder. They would have to prove their consistency.

With Imam being ruled out of the final Test with a broken finger, Wahab failing to impress once again, there have been two changes to the previous squad as Fakhar Zaman gets his Test debut and Mir Hamza returns to the arena.

Australia have announced they are going unchanged.

There are some very small surface cracks still visible and an even coverage of short grass but overall looks superb and a good batting pitch, at least for the first couple of days. Initial impressions from the middle are that it will be slow and historically that is the case here in Abu Dhabi.