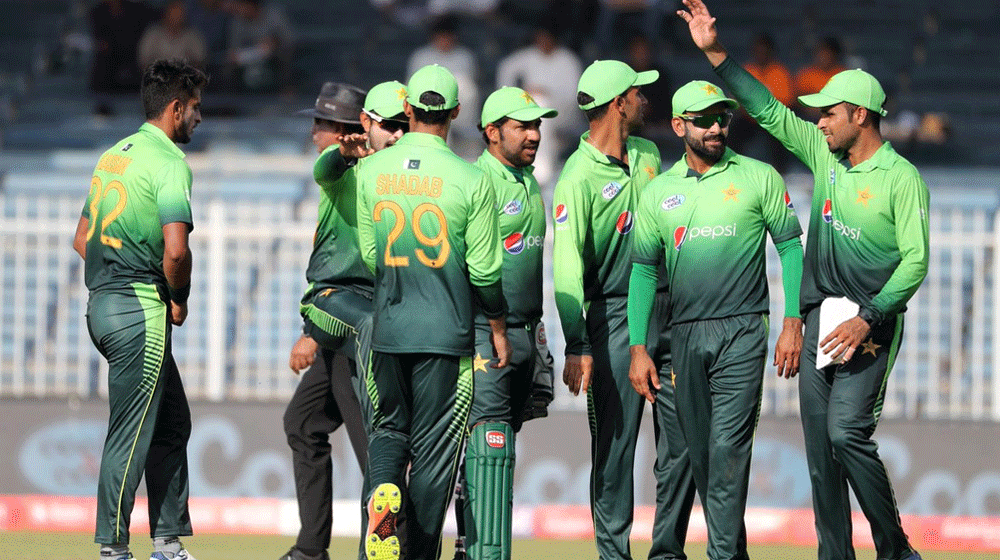 Pakistan Cricket Board (PCB), on Thursday, announced a 15-man squad for the three-match T20I series against Australia.

Fast bowler Waqar Maqsood’s brilliant performance in the domestic season has earned him a maiden call in the squad.

All-rounder Imad Wasim, who missed inclusion in the Test side after failing the fitness test, and Mohammad Hafeez have also found a place in the squad for the shortest format.

Finch to Lead as Australia Name Squad for Pakistan T20s

Sarfraz Ahmed will lead Pakistan with the likes of Shoaib Malik and Mohammad Hafeez to his side.

The three-match series is scheduled to be played in Dubai on October 24, 26 and 28.

What’s odd is that Muhammad Nawaz has been excluded despite bowling with an average of 24.33 and an economy rate of just 6.43 during the 8 matches he played in Imad’s absence.

Muhammad Irfan and Junaid Khan are also missing from the squad. Junaid recently proved his worth when he replaced Mohammad Aamir in the Asia Cup and was rated among the top 3 in the fitness tests prior to the Test series against Australia.

On the other hand, Irfan has taken the domestic circuit by storm after destructive bowling spells in the recent international T20 leagues. Yet, he was once again ignored for limited overs cricket. It is a well-known fact that Mickey Arthur does not prefer Irfan because of his fitness level, however, Irfan’s sublime form makes a strong case for his return.

Australia has already announced its squad for the series with opener Aaron Finch named to lead the team while Chris Lynn, Adam Zampa and Ben Dermott are the other highlights of the squad.