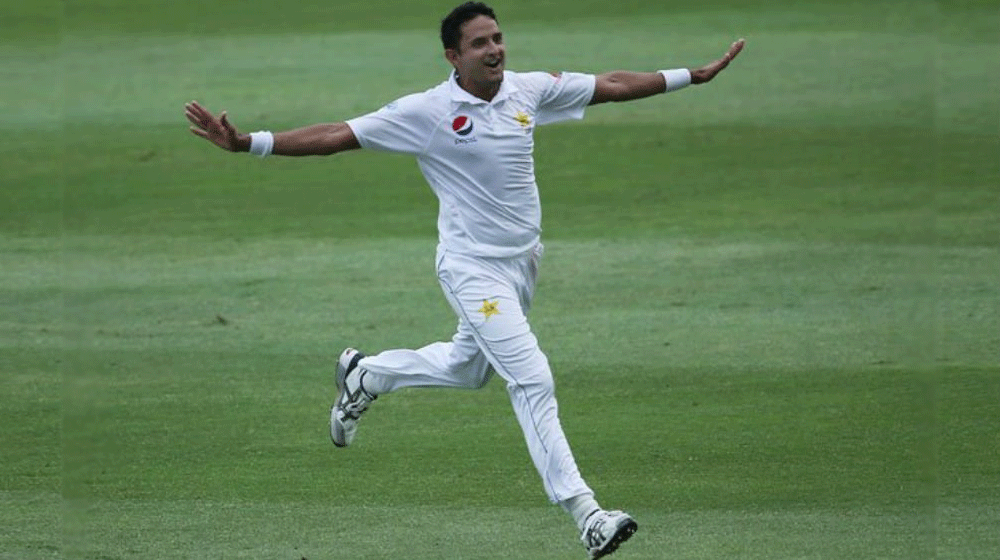 Mohammad Abbas – the latest sensation in the town – is making the waves in the cricketing world with his accurate lengths and skilful swing bowling. For 54 wickets after ten Tests in his career, Abbas averages just 15.64, which is best for any bowler for over a hundred years.

The way Abbas bowled on Dubai and Abu Dhabi, was indeed a sight to watch because no any bowler has ever bowled better lengths and swung the ball this much on a flat batting track as Abbas did. His ten-wicket-haul at Abu Dhabi was the first by any Pakistani fast bowler since 2006 when Mohammad Asif achieved this landmark against Sri Lanka in Kandy.

Mohammad Abbas Breaks Yet Another Record

He is also the only fast bowler to bag a ten-for in a Test match in UAE. Previously, Mohammad Junaid’s 8/151 against Sri Lanka (2013) was the previous best in this part of the region.

From welding, the young paceman has already climbed to the No.3 in ICC’s Test bowlers ranking. With his brilliant bowling, the 28-year-old has made fans across the worlds.

Not only Pakistan but the former cricketers from England, Australia, Indian and South Africa are all praises for Mohammad Abbas.

Here is what legendary cricketers have to say about the young sensation:

Outstanding performance by team Pakistan! Abbas is a brilliant performer in any conditions. Very well led by Sarfraz, great debut by Fakhar. Hope this great run of form continues! 🇵🇰

Pakistan's Mohammad Abbas has taken 14 wickets at an average of just 10.7 so far in this series… on the dead track bowling like that takes a real bowler to do that just outclass just keep on going Abbas well done .. #PAKvAUS

Awesome, Accurate and Advancing ..Abbas .., he bowled brilliant lengths to take ten wickets in the match.., congrats young man… you have miles to go and I am convinced you will continue rising to become one of the best.. all the best .

Congratulations to Team Pakistan and the skipper @SarfarazA_ great achievement boys..A special Mubarak to an accurate and economical “Abbas” for bowling an unbelievable spell. He’s a Star in making #PakistanZindabad #PakvsAust

I am only watching & I reckon @Mohmmadabbas111 has had me out 10 times already this morning …. Incredible bowler in all conditions …. #PAKvAUS

Faced him last month with storm Ali up his backside….lasted 1 ball first innings and somehow survived the huge LBW shout 1st ball in the 2nd innings!! Had me on toast #unplayable https://t.co/R2ZgipHxrb