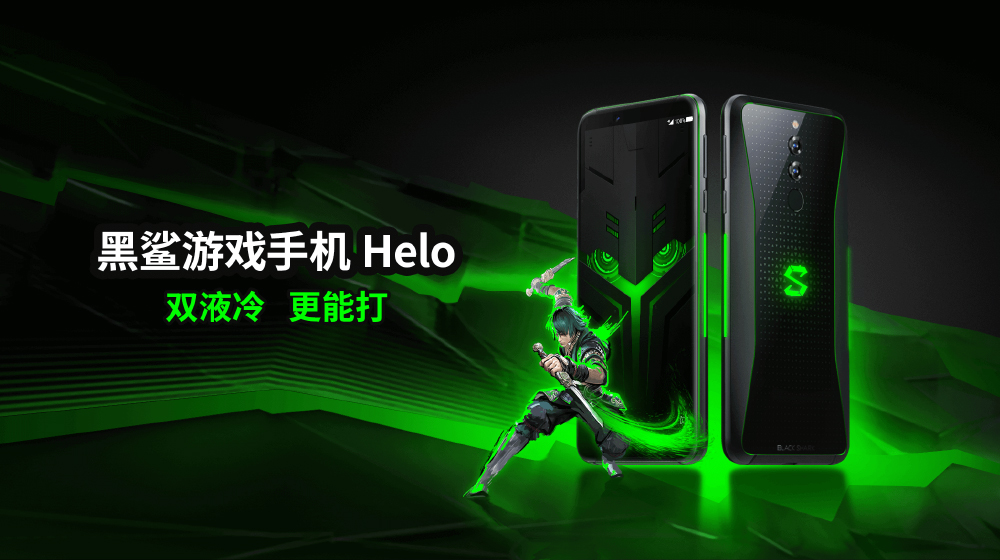 Not the ultimate gaming phone, but still a compelling option.

Xiaomi Black Shark Helo – successor to the original Black Shark gaming phone – has been announced, and is meant to give you a run for your money with its impressive internals, sweet design, and probably one of the best gaming features in a smartphone.

It comes with a multitude of improvements over the predecessor, the design has been changed a bit as well. There’s no notch this time, bezels are fairly trimmed, and the rear camera array has been moved a bit and arranged vertically.

Let’s talk about its design and display first. 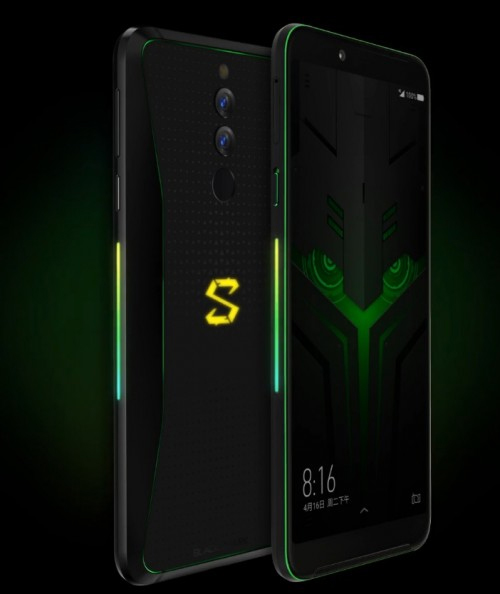 Black Shark Helo comes with significant visual changes compared to its predecessor. The phone has been made slimmer and the fingerprint sensor has been moved to the rear. Just like the Razer Phone 2, this year’s Black Shark Helo now comes with RGB lighting, with an RGB-illuminated back logo and two side strips on the edges.

Just like before, the phone’s body will automatically dissipate heat while gaming by using a vapor cooling chamber. Moreover, you can get up to two modular controllers that you can attach to the top and bottom sides of the phone. A dedicated hardware button is also available to put the phone into gaming mode.

The phone also comes with a new display this time, it’s an AMOLED panel instead of LCD with an FHD+ (1080 x 2160) resolution measuring 6.01-inch diagonally. There’s one problem though, the display’s refresh rate is capped at 60Hz, so it won’t be as smooth as a Razer Phone. The display is HDR10 compliant and has a 100% DCI-P3 color gamut though.

The internal hardware is what the phone is all about. To run demanding video games without causing thermal throttling or framerate stutters, Black Shark Helo runs the latest Snapdragon 845 chipset (Adreno 630 GPU). You can pick between RAM size of 6, 8, or a whopping 10 GB – Black Shark Helo will be the first smartphone to have 10 GB memory.

Do note that you only get one analog controller with the 6 and 8 GB variants, while the 10 GB version ships with two attachable controllers for a complete gaming experience. Moreover, it has a dedicated Pixelworks chip inside to convert SDR content to HDR in real-time, based on the scene. The phone also uses front-facing stereo speakers, but no headphone jack. 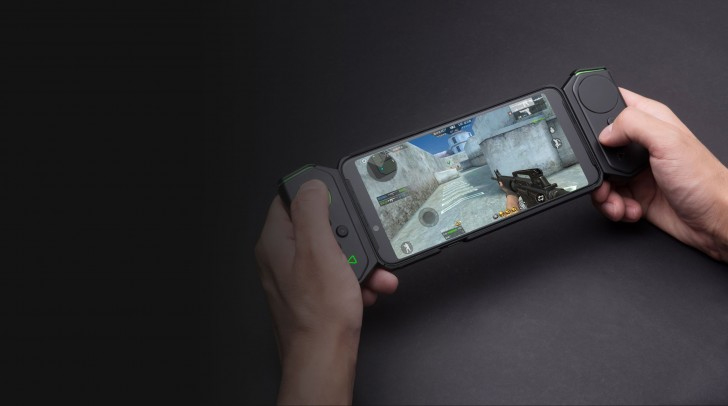 Storage goes up to 256 GB with the 10 GB RAM variant, while the 6 and 8 GB versions get 128 GB internal storage. There’s no microSD slot, however.

Black Shark Helo is not exactly meant to be a camera-powerhouse, but it still includes high-end shooters on the rear. It has a dual camera set up, consisting of a 12 MP main sensor and a 20 MP secondary telephoto unit. The set up allows 2x optical zoom and can shoot up to 4K videos (30fps).

The front sensor can shoot up to 20 MP photos with a f/2.2 aperture.

As for the software, the company hasn’t said much about which Android version the phone will be coming with yet. It’s likely to run Android 8.1 Oreo out of the box and might get an Android 9.0 Pie update later on. The phone does ship with a Gamer Studio app that lets you create system profiles, that contain specific settings to change CPU speed, network type, and so on to optimize your gaming experience based on your needs.

There’s no word on the price or availability of the 10/256 GB variant yet.

Check out more on Black Shark Helo’s webpage (in Chinese).