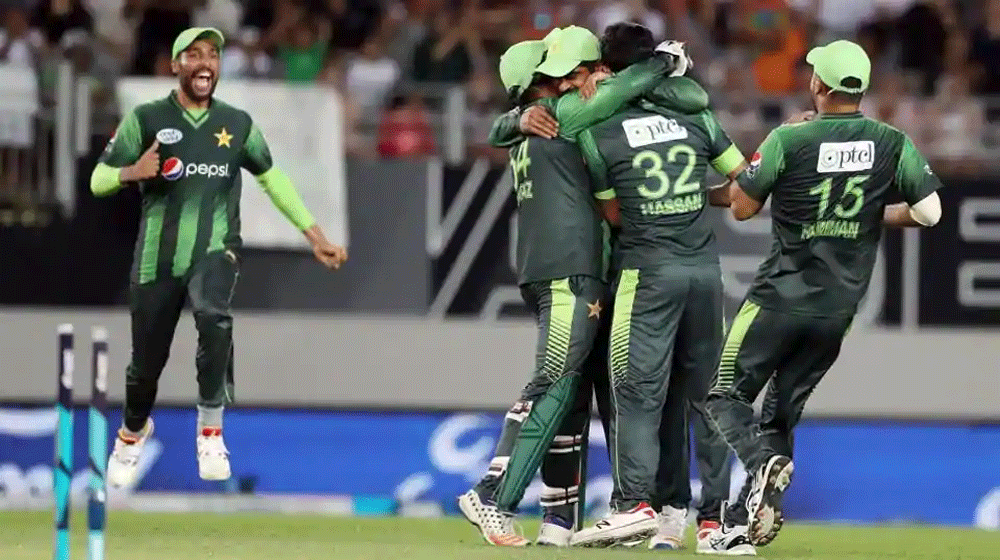 A confident Pakistan, after meting out a 3-0 thrashing to the No.3 Australian side, is set to face New Zealand. The Kiwis have just come out of a 7-month hibernation period in international cricket and it will be interesting to see how they fare against the boys in green.

Kiwis, who last played an international game in March this year, will encounter the high-flying Pakistan team who have ten consecutive T20 series wins on their back.

It is an unusually long gap given the abundance of cricket in current days. However, their players didn’t sit idle all this time and were playing different international leagues including IPL, CPL and APL.

New Zealand A also played and won a three-match T20 series against Pakistan A earlier this month which would have provided them with a much-needed match practice given that three of the players from A team are now the part of the Kiwi squad.

Glenn Phillips and Mark Chapman, will replace likes of Martin Guptill and Mitchell Santner in the team. Kiwis have also called up the hard-hitting batsman Corey Anderson and uncapped spinner Ajaz Patel to further strengthen the squad.

New Zealand seem to be extra cautious against the Green Shirts, and they have all the reasons to be as this was the team which thumped them in their backyard and displaced them from the T20 throne in January this year. There is a score to settle.

Players To Look For

Babar Azam: Team Pakistan has always banked on their bowling strength to win matches. This time around, they have Babar Azam on their side. Azam is not a conventional slogger; he’s stylish, organized, orthodox and very dependable at the front.

His presence at the top allows other batsmen to bat around him, play their shots and get Pakistan to a fighting total.

Fakhar Zaman: Fakhar’s lousy patch with the white ball is yet to end. But one cannot rule out his capability to dismantle the opposition on the day. Despite the recent failures, he still averages around 30 and has a strike rate of 140. He has a liking against New Zealand fast bowlers.

Colin Munro: Munro had been out of the team since January. However, the all-rounder has been in sizzling form lately and has propelled his T20 franchises Trinbago Knight Riders (in CPL) and Balkh Legends (in APL) to the title. Munro has an outstanding record against spinners and he could be the x-factor for Kiwis against Pakistan bowling attack.

The Green Shirts have carried the same pack of players that won the Australia series. They might not change the team composition as well because Fakhar is still on the bench with knee pain and Usman hitting better lengths in death overs.

In the absence of Guptill, Glenn Phillips is set to play tonight. He will also keep wickets. This leaves Tim Seifert out of the playing XI. Rancy is also not likely to be the first choice for Kiwis in the presence of Corey Anderson, Colin Munro and de Grandhomme.