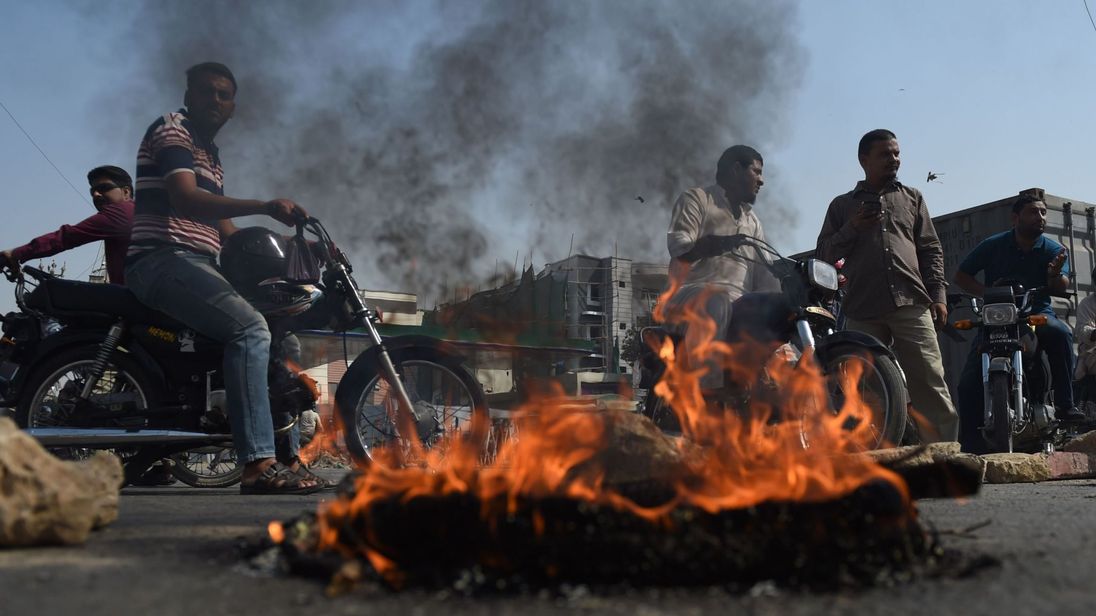 Pakistan is currently embroiled in one of the most severe crises in recent memory. In many parts of the country, massive protests by religious zealots have brought cities to a standstill and with threats of violence being followed by looting and other crimes against the common man.

Nothing captures the enormous human cost of these ongoing protests like this viral clip does:

These so called pious folks are trying to rob a young man who is trying to make a living by selling bananas.

Little did he know that he would be robbed by the real life bananas running amok in our country
pic.twitter.com/ipvlNlAC3B

This clip, that went viral a few hours ago, is resoundingly being condemned by many. According to reports, a kid who was hoping to sell his fruits to the protesters faced their wrath instead.

A poor kid whose only means of livelihood was to sell fruits on a cart was robbed by protesters. As you can observe from the clip, the mob spares no one in its objective.

Despite media reports detailing the happenings of this episode, some people are of the view that the fruit vendor might have been one of the protesters and that he was bringing it for them.

Not the Only Incident of Its Kind

And it doesn’t seem to be the only incident of its kind. Here’s another one that shows the ugly side of these protests.

In such a chaotic scenario, the duty of the state should be clear for all:

When and if this madness is over, we need to asses the damage accurately and compensate all citizens whose assets have been damaged and destroyed. These are ordinary citizens with limited means. We need to come to their help.