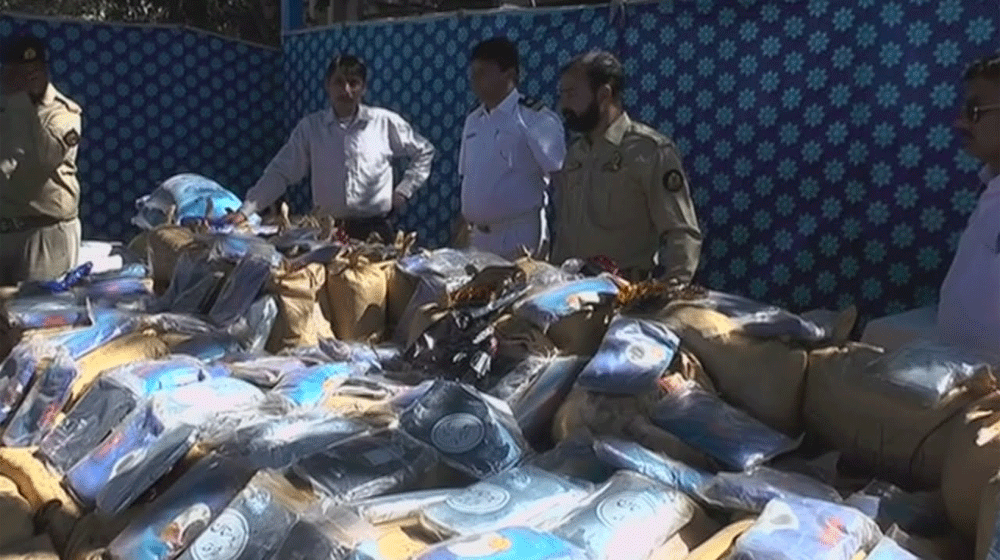 The Ministry of Narcotics Control (MNC) has revealed that it confiscated drugs worth over $7.294 billion during the last five years.

According to a report presented by the minister in National Assembly’s Q/A session, Anti-Narcotics Force (ANF) seized total 999.6 metric tons of narcotics that are worth more than $7 billion in the international market.

Here is the yearly breakdown:

The report available with the ProPakistani revealed that a total 6494 drug traffickers were arrested and 5442 FIRs were registered in such cases during the previous government’s tenure. Out of these, 3446 people have been convicted under section 154 of the Criminal Penal Code.

The report also mentions the year-wise breakdown of the number of cases registered each year and the convictions that followed:

As per the report, ANF seized a total of 589 vehicles from drug peddlers during the PML-N tenure. These vehicles were later auctioned for Rs 11.293 million after following all necessary legal procedures.

The report also added that the ANF forfeited assets worth Rs 79.37 million and out of these, Rs.9.86 million worth of assets have been realized and deposited to the national exchequer. The rest of the cases are under appeal.