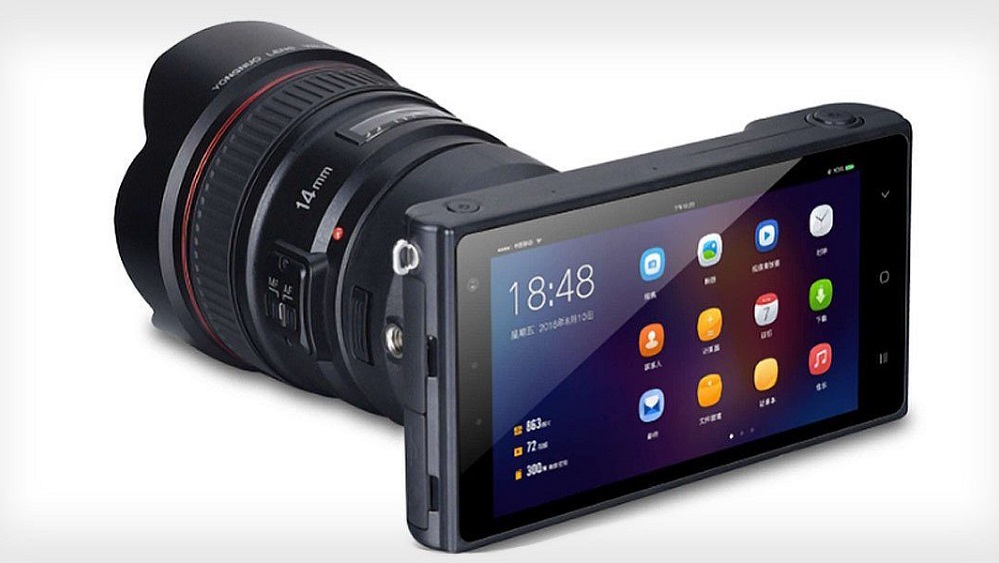 Hybrids usually don’t do well, unless you’re Microsoft and you name your tablet “Surface”.

Mirrorless cameras have had a sort of resurgence lately with Nikon, Canon and even Sony rolling out new shooters in this category.

However, a Chinese company by the name of Yongnuo (you’re free to pronounce this however you want) is making a mirrorless camera with a twist. It comes with full-blown Android with its usual suite of features and tidbits.

This isn’t exactly a new concept, as Samsung tried (and failed) with the same concept. The ill-fated Samsung Galaxy Camera comes to mind.

However, where Samsung failed, Yongnuo is hoping to succeed.

The YN450 has a 16-megapixel 4/3 lens and supports all of Canon’s EF lenses. That’s right, this Chinese camera can work with Canon’s EF lenses, making it a much better implementation already than Samsung’s Galaxy Camera.

It is capable of recording 4K video at 30fps. The company didn’t reveal further specifications about its zooming capabilities, autofocus, ISO and other important details. It does have a dual LED flash built-in for better low-light shots.

But it did mention that it will come with Android 7.1, no Oreo or Pie, unfortunately. There will be an octa-core Qualcomm processor inside, with 3 GB RAM and 32 GB of internal storage, expandable by up to 32 GB more with a microSD card.

There’s a 5 inch 1080p multi-touch display on the back, with GPS and a 3.5mm headphone jack, which is a novelty these days.

All this is powered by a respectable 4,000 mAh battery. All in all, it sounds like an Android smartphone attached to a massive four-thirds lens.

Yongnuo didn’t reveal any price or availability details either, so it’s anyone’s guess at this point. It’s an interesting camera-phone hybrid nonetheless and should appeal to the photography crowd, thanks to being a mirrorless camera.