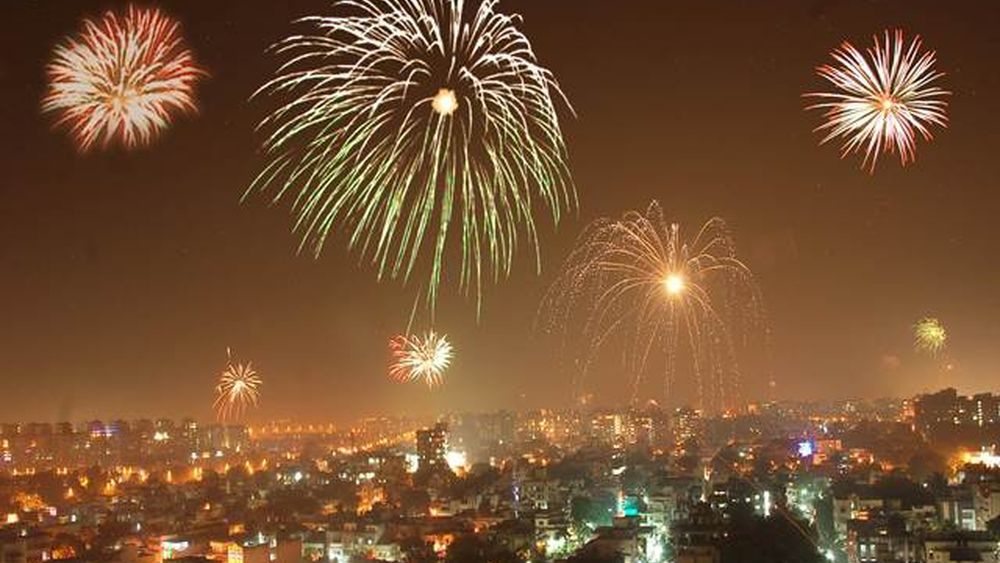 As Hindus usher in the festival of Diwali with celebrations and mirth the world over, it seems that India is going the other way. This time of the year, New Delhi and other cities in India are seeing some of the most noxious and toxic levels of smog ever, leaving not just thousands but millions of people affected throughout the region. And the reason behind it? Indians from all castes and creeds just can’t get enough of firecrackers during the festival of lights.

On Wednesday night, New Delhi overtook Beijing as one of the most polluted cities in the world. Just this morning at 4:30 am, AirVisual, a website that tracks air pollution worldwide, reported that the air quality index in the Indian capital hit 980! If you wanted to know how bad that number sounds, let’s just say that readings below 50 are safe and anything above 300 is dangerous. That’s more than thrice the danger level!

Too Toxic to Handle

Last year, matters were actually worse as New Delhi hit 1,000 in air quality index during Diwali. The city’s Chief Minister famously remarked that the city was nothing more than a “gas chamber.”

For anyone wondering how many lives are lost as a result of these toxic fumes, the nonprofit Health Effects Institute states that over 1 million Indians die due to it every year.

Obviously, things have gone from bad to worse. The Indian Supreme Court also ruled that a blanket ban on firecrackers should be imposed. But as yesterday’s events show, it seems that even the highest court of the land can’t do anything against a people’s love for exploding firecrackers.

In a truly bizarre case that signifies this ‘love affair’ gone too far, an Indian youth in Meerut set off a ‘sutli bomb’ inside a 3 yr old girl’s mouth. She ended up with 50 stitches and her situation remains critical.

According to AirVisual’s global rankings, New Delhi remains the most polluted place on earth. Pakistan too doesn’t escape censure, as Lahore stands at 2nd place with an AQI of 273. Compare these numbers with those of New York, one of the busiest cities in the world, which has an AQI of 29 only. All of these were calculated at 8am PST.

We haven’t even focused on the rising number of cars in New Delhi, where traffic jams last for a couple of hours. The toxic mix of vehicular exhaust also exacerbates an already dire situation.

Almost every air quality monitor agrees that New Delhi’s pollution level is the worst and it seems that the city may have contributed to the region’s pollution level as well. It’s not just firecrackers that contribute to the rising levels of toxic smog, but also due to the phenomenon of crop burning that carries air pollution from India to other neighboring countries.

Year after year, in the nearby states of Punjab and Haryana, construction sites often dispose off unreal amounts of road dust and billowing sand that are carried away to other cities by the winter weather patterns. As Indian farmers indulge in crop burning, most of the smog travels as far as Lahore, a region that is notorious for its air pollution levels.

The World Health Organization rated as many as 10 Indian cities as the most polluted ever during its 2016 rankings.

An estimated 6.5 million die in China and India every year, and the reason is air pollution. Levels of PM 2.5, the fine particles that are often inhaled and lodged in lungs due to toxic air, run as high as 1,400 in some Indian cities. And these figures aren’t by some nondescript NGO but by an Indian government agency itself. There’s no knowing how bad this crisis can prove to be just not for India, but the surrounding region and Pakistan as well.