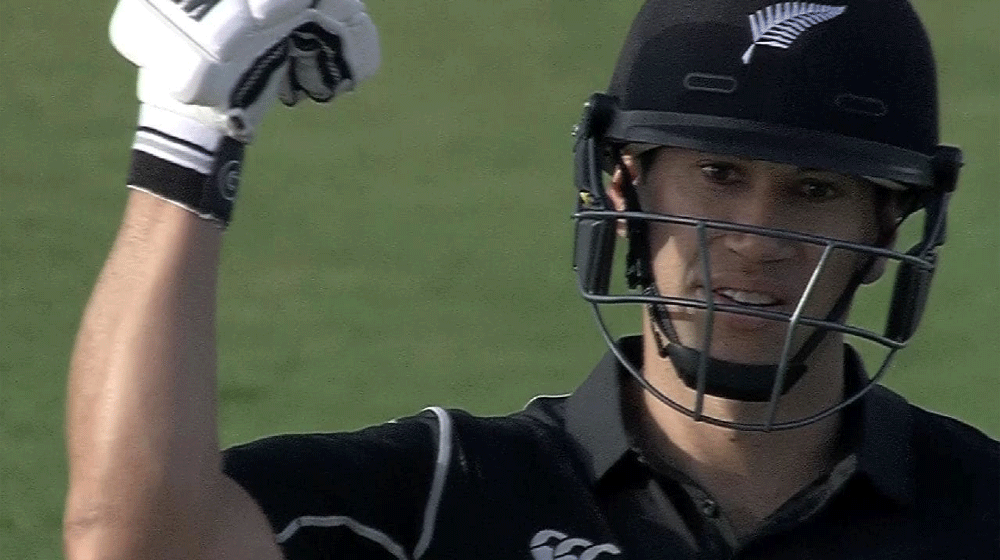 Taylor, while facing Mohammad Hafeez during his batting in the first ODI of the three-match series, made a bent-arm gesture towards the umpire suggesting that the off-spinner was bowling with an illegal action.

This did not go very well with the skipper Sarfraz Ahmed who immediately approached him and exchanged a couple of words with Taylor before the umpires intervened.

He then continued with Hafeez from one end, and umpires asked Taylor to leave the inspection to them and keep batting.

This drama, however, did not end here as Pakistan management has gone on to lodge an official complaint with the third umpire against Taylor’s on-TV gestures.

Sources privy to the matter are reporting that Taylor has not been fined since it was the first time he was involved in such an incident. However, the match referee Javagal Srinath asked the senior batsman to be more careful in future.

It seems Sarfraz was not done with Taylor on the field and when a reporter raised this question during the post-match conference, Pakistan skipper lashed out at the senior Kiwi batsman who was also the top scorer in last night’s game.

“What Taylor did on the field was wrong and disgraceful. It’s not his job to assess someone’s bowling action, his job is to bat, and he should better focus on that,” said the skipper.

“The way he [Taylor] made gestures on TV, that too more than once, was utterly wrong. He’s a professional cricketer and should be careful regarding such things. If there is a problem they shouldn’t make signals on the television screen, they can instead speak to the umpires.”