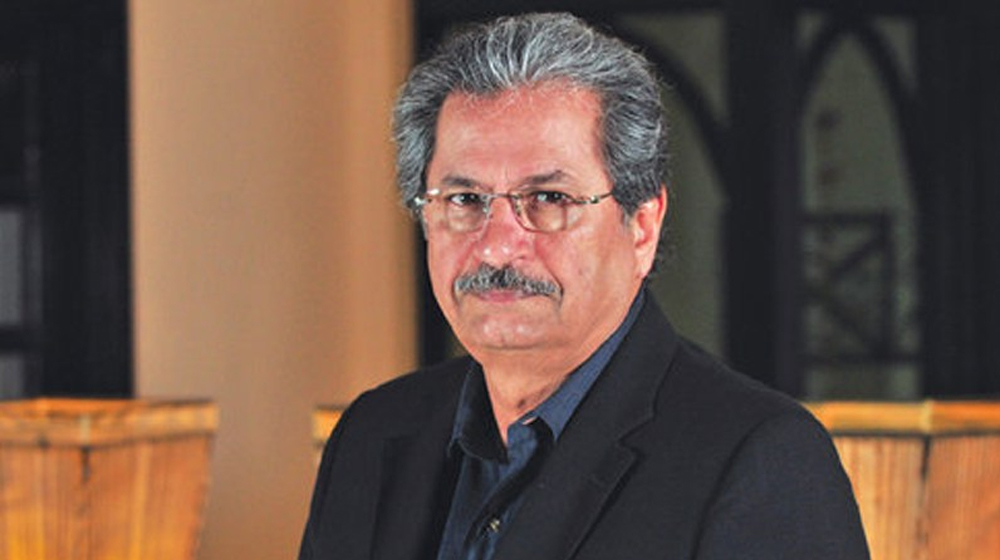 Minister for Education, Shafqat Mehmood has announced that the government will start its plan to enrol the out-of-school children in educational institutes as a pilot project from Islamabad.

He made this announcement at a news conference on Monday and asserted that issues of education are above politics.

The education minister said that his team has been mulling over the issues of the education system for the last two months, which concluded that education-related problems are alike in all provinces.

Children Left Out of School

The minister said that the country’s education system is facing a number of challenges. The biggest one is 25 million children not going to school. Some of the children have not gone to school at all while some left school after the 8th grade, he told the press.

The first step toward change is bringing the 28 to 30 thousand children to school, he added.

The minsiter called the different systems of education a shortcoming in the education. First, there are government schools which are Urdu medium, then there are seminaries that have a completely different degree and then comes the private English-medium schools, which are for upper class, he said.

The minister said that a National Curriculum Committee will be formed to ensure uniform syllabus across rural and urban areas. He said that there are a number of questions when it comes to the uniform system of education, like which language should be the medium of instruction and so on.

He said that there is a lot to improve in the quality of education. In the majority of schools, the education quality of 6th grade is actually that of 4th grade. That is why students complete their degrees but are unable to find jobs, he said.

Mehmood said that skill-based education needs to be introduced in every province. He also underlined the insufficiency of buildings and said that additional shifts will be started in the same school buildings.

While talking about the problems in the education sector, he said that there is a huge gap in educational institutions and job market linkage. People with Ph.D.s are unable to find a job, he added.

He also told the media that his ministry will seek approval to launch an education volunteer program from the Prime Minister and also present the recommendations for the uniform system of education before him.

University students, when free, will help in teaching the other kids. He outlined that the education budget is insufficient and it needs to be increased.