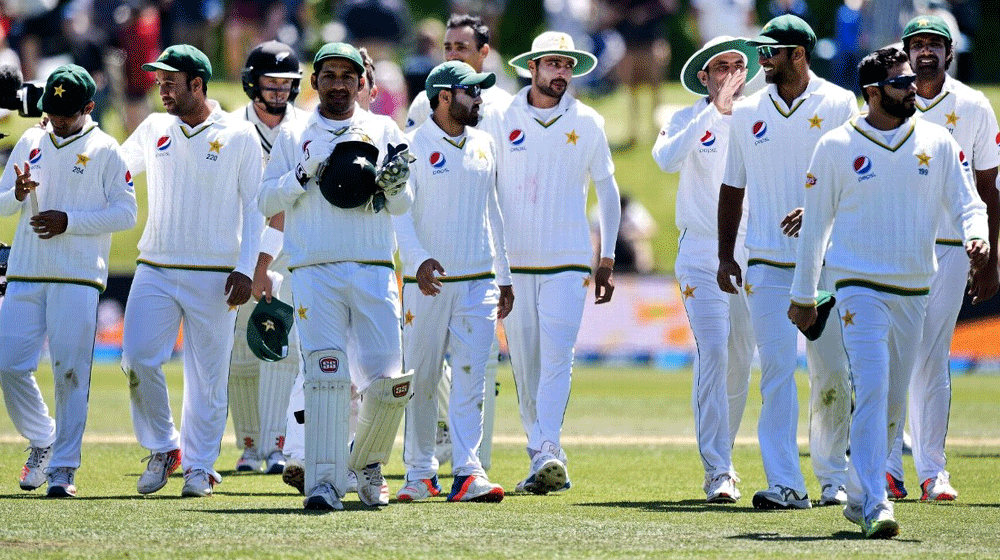 High-flying Pakistan is all set to lock horns with New Zealand in the three-match Test series in the United Arab Emirates.

Pakistan green-washed Black Caps in the T20I series and the rain washed out the final of the ODI series with both teams winning a game each.

The two teams are now gearing up for the final battle which begins tomorrow (Friday) in Abu Dhabi. This series brings a golden chance for Pakistan to improve its Test ranking.

Though there are no ifs and buts in cricket, yet there is an exciting projection through which the national side can rank third in the Test rankings.

According to ICC’s Test Ranking Predictor, Green Caps, who are currently reeling on the 7th slot despite being at the top of the list just two years back, may leapfrog to No. 3 if they clean sweep Kiwis in the series.

England’s series win over Sri Lanka is crucial for Pakistan to reclaim a slot in top 3.

However, if Pakistan beat Kiwis 2-1 or 2-0, they would be at No.4, and on top of that, if Sri Lanka defeats 2-1 to England, we would be sitting on the fifth slot, which is still better than the current 7th.

What if Pakistan fails to win the series or Kiwis manage a draw? Well, there’s not much to worry as even the worst case scenario can’t push our rankings and Pakistan will still be sitting at the same rank with slightly decreased points.