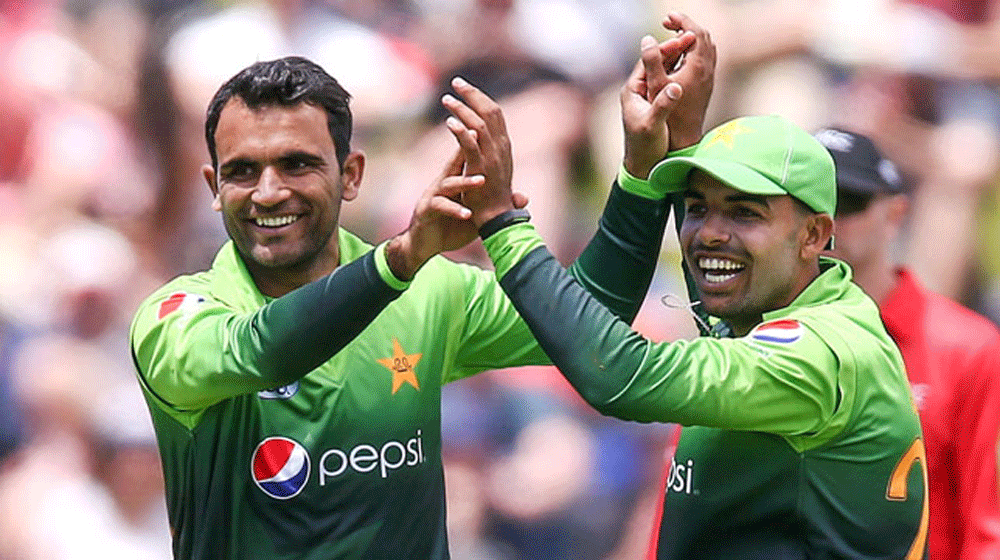 Zaman achieved a career-best ranking from the series in the UAE, which ended at one-all after the decider in Dubai was washed out. The left-handed opener had scores of 1, 88 and 65, which lifted him six places to 11th in the latest rankings.

Similarly, Shadab Khan achieved a career-high bowling ranking. The wrist spinner bagged six wickets in the series, including 4 for 38 in the second match, to vault 16 places to 24th position. Both players have been rested for the upcoming three-match Test series.

Shaheen Afridi, who made his debut just two months back during Asia Cup 2018, took nine wickets in the series and won the Player of the Series Award. He has moved an astonishing 66 places and now sits just outside the top-100 rankings at 118th position.

Pakistani paceman Hassan Ali, who had started the year with a number one ranking, has continued to slide. After falling three places, he is now ranked 13th but remains the highest-ranked bowler from Pakistan.

As far as Pakistan team is concerned, the green shirts have strengthened their No. 5 spot and now boast 102 points, two more than the 6th ranked Australian side. Pakistan is still quite a huge margin away from the 4th spot as all the top 4 teams have more than 110 rating points.