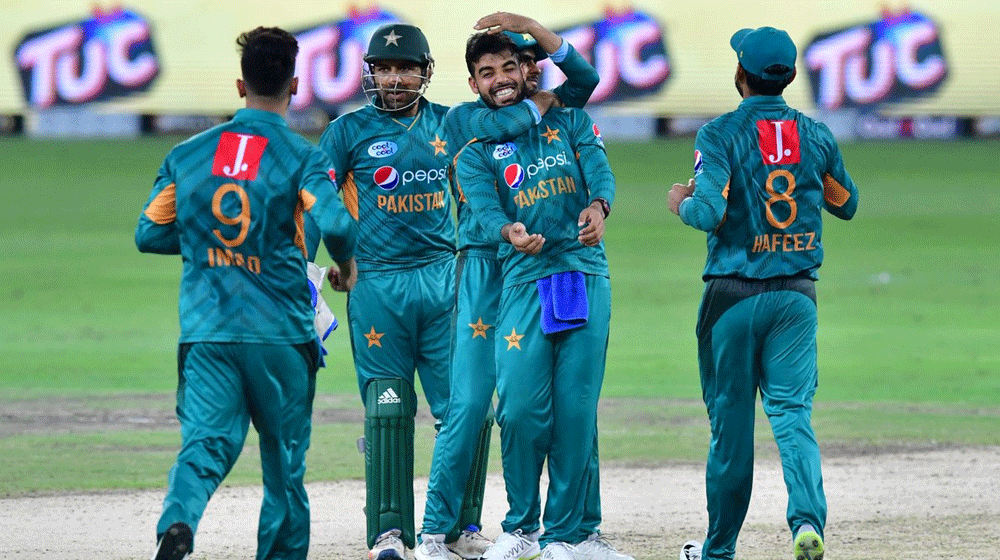 The International Cricket Council (ICC) on Tuesday released latest rankings for the shortest format of the cricket and according to it, Pakistan are still the boss.

Despite India’s 3-0 dominance over West Indies, Pakistan are well ahead of their arch-rival in the T20 rankings, sitting at the top of the list with 136 points, still 8 points ahead of India.

Similarly, Pakistan’s opening batsman Babar Azam has retained his top position in the T20s which was temporarily taken by the fourth-time centurion Rohit Sharma.

With his 7, 40 and 79 against Kiwis, Babar has clung on to the top spot among batsmen in Twenty20 Internationals.

Shoaib Malik, who was not quite up to the mark during the last series made just one gain and booked No.28 on the latest MRF Tyres ICC Men’s T20I Player Rankings.

Fast bowler Shaheen Shah Afridi also made significant gains of 41 slots to conquer the 72nd place in the list.

Whereas, leg-spinner Shadab Khan, fast bowler Faheem Ashraf and Imad Wasim have retained their 2nd, 7th and 8th position in the bowlers’ ranking.

Despite the 3-0 series defeat, swashbuckling Kiwi Colin Munro rose one spot to No.3 for his innings of 40, 55 and 4. New Zealand skipper Kane Williamson also shot up three places to the 12th position while Ross Taylor jumped up five places to No.59.