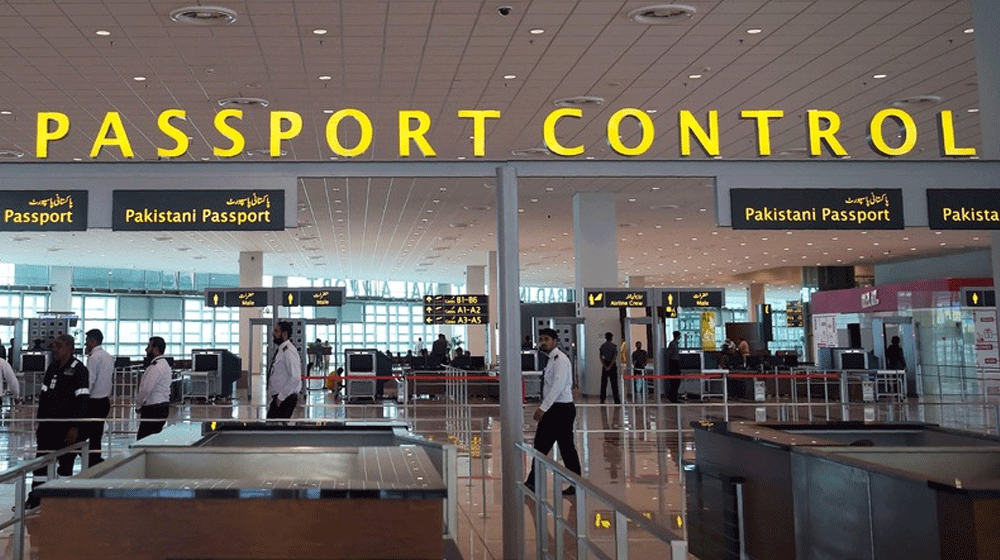 The incident reportedly took place on Thursday evening at new Islamabad Airport where passengers for Gilgit-bound flight were protesting over hours-long delay in flight.

Along with them was the GB Tourism minister Fida Hussain.

A video is making rounds on social media in which the minister, along with a couple of men, can be seen arguing with a uniformed man who apparently was a PIA official (some sources have identified him as the Arrival In-Charge).

The video shows Hussain, while inquiring the reason for the delay, losing his calm as he began misbehaving.

The officer respectfully asked him to contact the Operations In-Charge. In response, the minister pushed him so hard that the staffer lost his balance and hardly survived a fall to the ground.

When he regained his balance, a look of sheer helplessness and humiliation could be seen on his face after mistreatment from an influential man.

The video has caused an uproar on social media and people are asking the Prime Minister Imran Khan to take notice of the issue and sack the minister involved.

It should be mentioned here that Gilgit-Baltistan is still under PML-N’s control and the minister belongs to the same party.