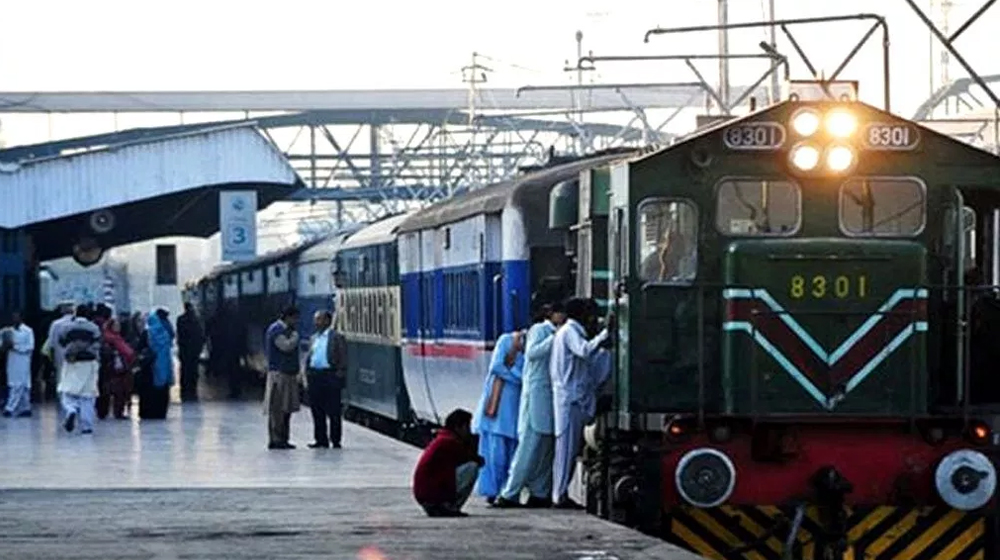 He gave these numbers while addressing the inaugural ceremony of four more trains on Friday.

He said the addition of new trains to the system was a commendable effort from Minister of Railways Shaikh Rasheed because the train is a commute for only ordinary people.

He applauded the Minister’s untiring efforts for the betterment of Railway and said it was because of him that for the first time, the railway tracks were being set up and repaired to run more trains and facilitate the average person in the country.

Prime Minister lamented the political hiring in the railway department in the past and asked Shaikh Rasheed to expel those who were not hired by merit and make new hirings.

The launch of four more trains was part of the government’s 100-day agenda to launch at least ten new trains in the country to provide affordable and efficient transportation services to the people.

With the launch of the new trains including Sindh Express, Shah Abdul Latif Bhittai Express, Faisalabad Express and Rehman Baba Express, the government has achieved its target with ten days in hand as it had already launched six trains in the first two months.

These trains include Mohnjodaro Express, Rohi Express, Margalla Express and Mianwali Railcar and an express train between Lahore and Faisalabad.

Sindh Express will run from Karachi to Sukhar, and its fare for the economy class would be Rs. 470 per passenger.

Shah Abdul Latif Bhittai Express’ route will be Karachi to Mirpurkhas with the ticket of economy class at Rs. 190.

Faisalabad Express will run from Faisalabad to Multan (fare Rs.260) and Rehman Baba Express from Peshawar to Karachi.