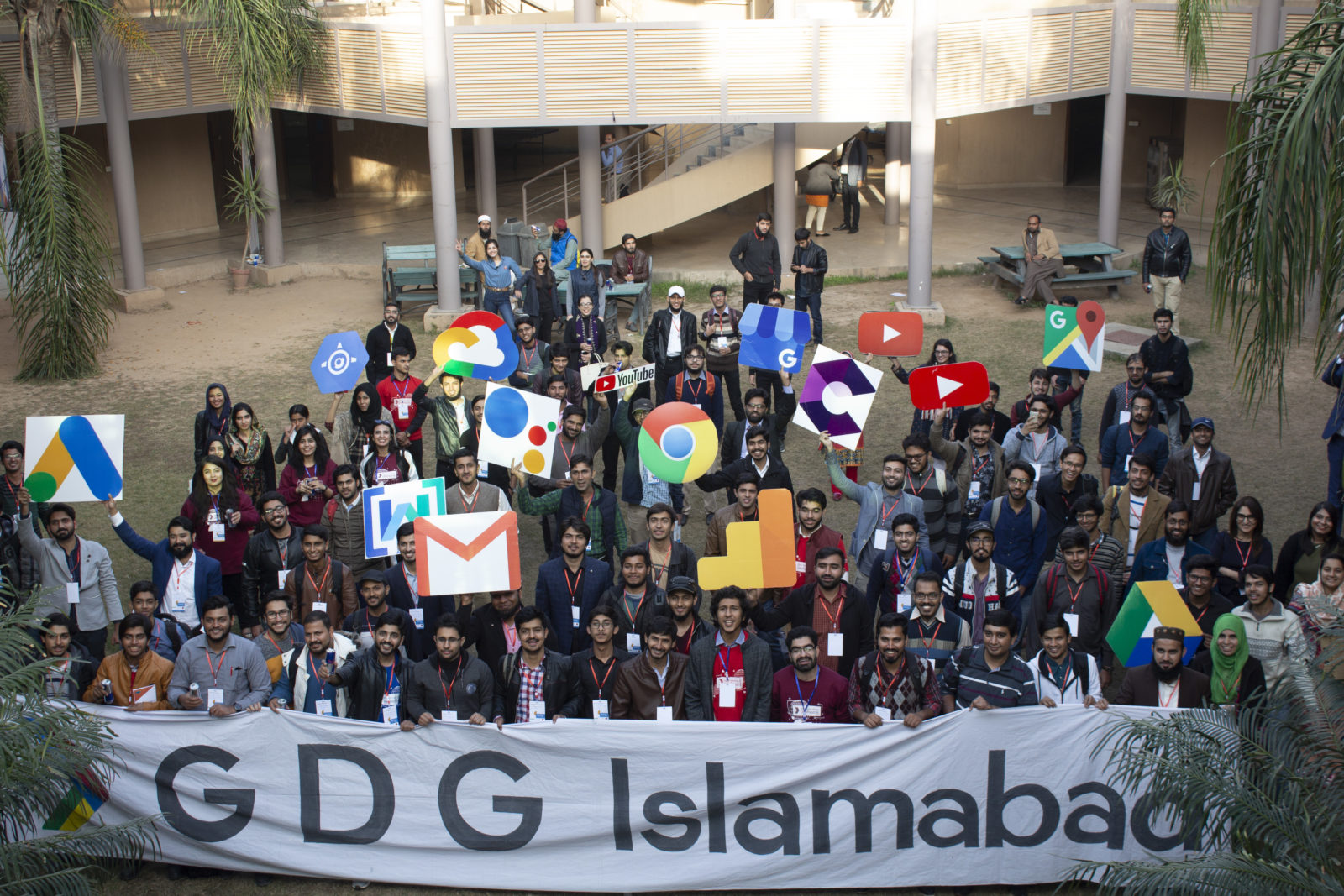 On the 17th​ November, The Google Developers Group Islamabad​ organized the biggest Developer’s Fest​ of 2018 at NUST H-12.

Google Developers Group is a community of enthusiastic tech experts and developers that share a passion for Google & all the technologies it offers. Over 400 individuals ranging from entrepreneurs to professionals including the youngest Microsoft professional, Harris Usmani actively participated in the event this year, brought together in collaboration with official sponsorship by Bentley & GitHub. The global theme of this year’s DevFest was revolving around the ‘Digital Wellbeing’ of today’s individual.

Let us give you the lowdown on the happenings of the event. 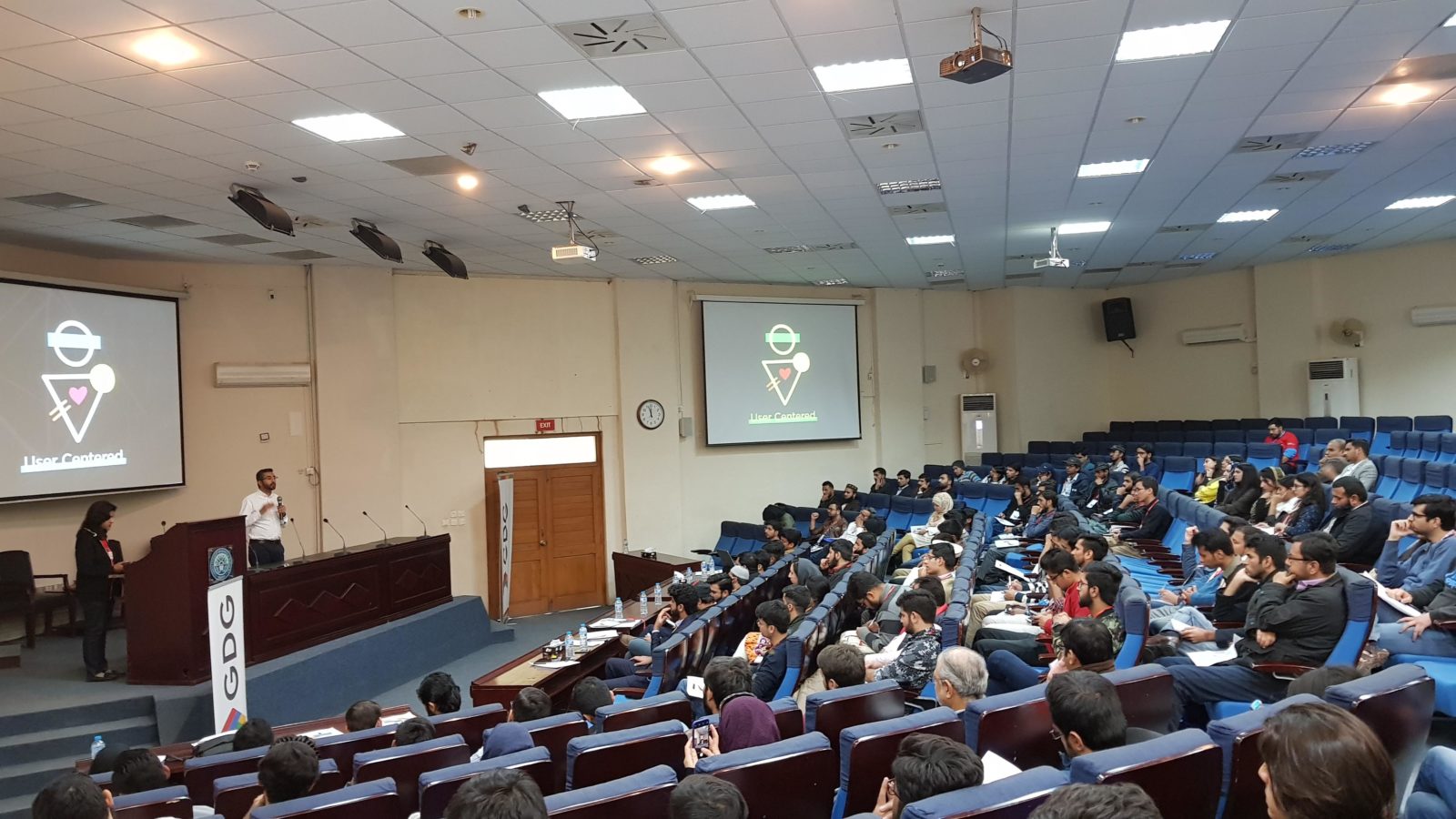 The event kicked off with Muhammad Bin Masood who shed light on the extensive work being done by GDG Islamabad community with the objective of highlighting Pakistan’s talented tech community in the international Google community setup across the globe. 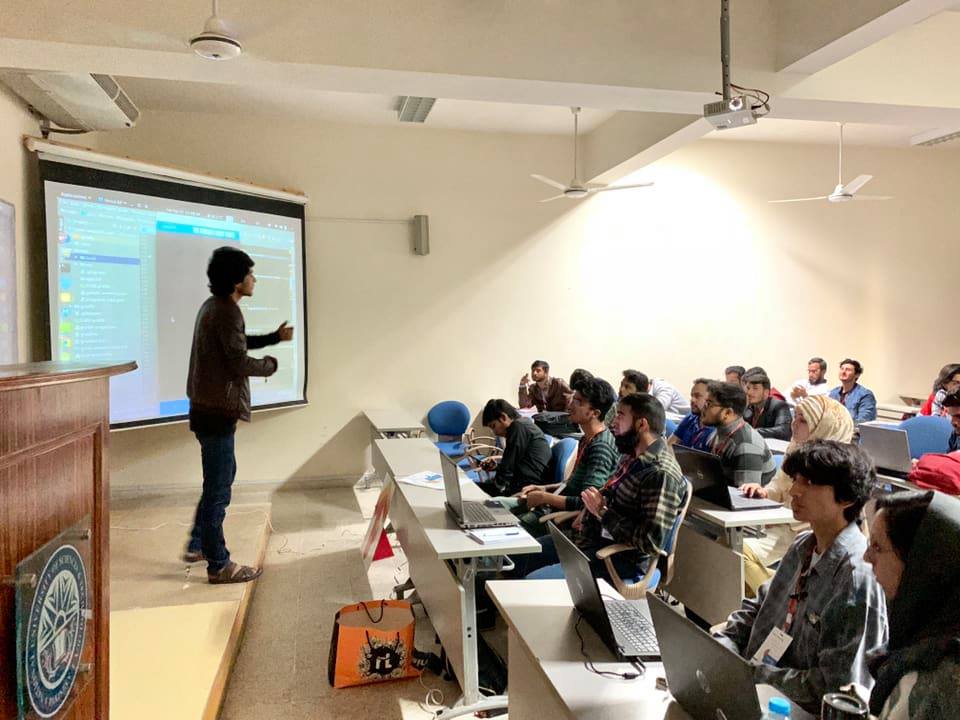 Following this, the event continued with various talks and sessions on the trending topics & technologies of today’s time. An introductory session was led by Mr. Imran Tanveer, on the latest android version, Android P which brings about cool features, aimed at bringing revolutionary changes to our mobile devices very soon. These features include Gesture Navigation & Wind Down to name a few. The days when we’ll finally be able to use YouTube as a background app aren’t far enough after all! 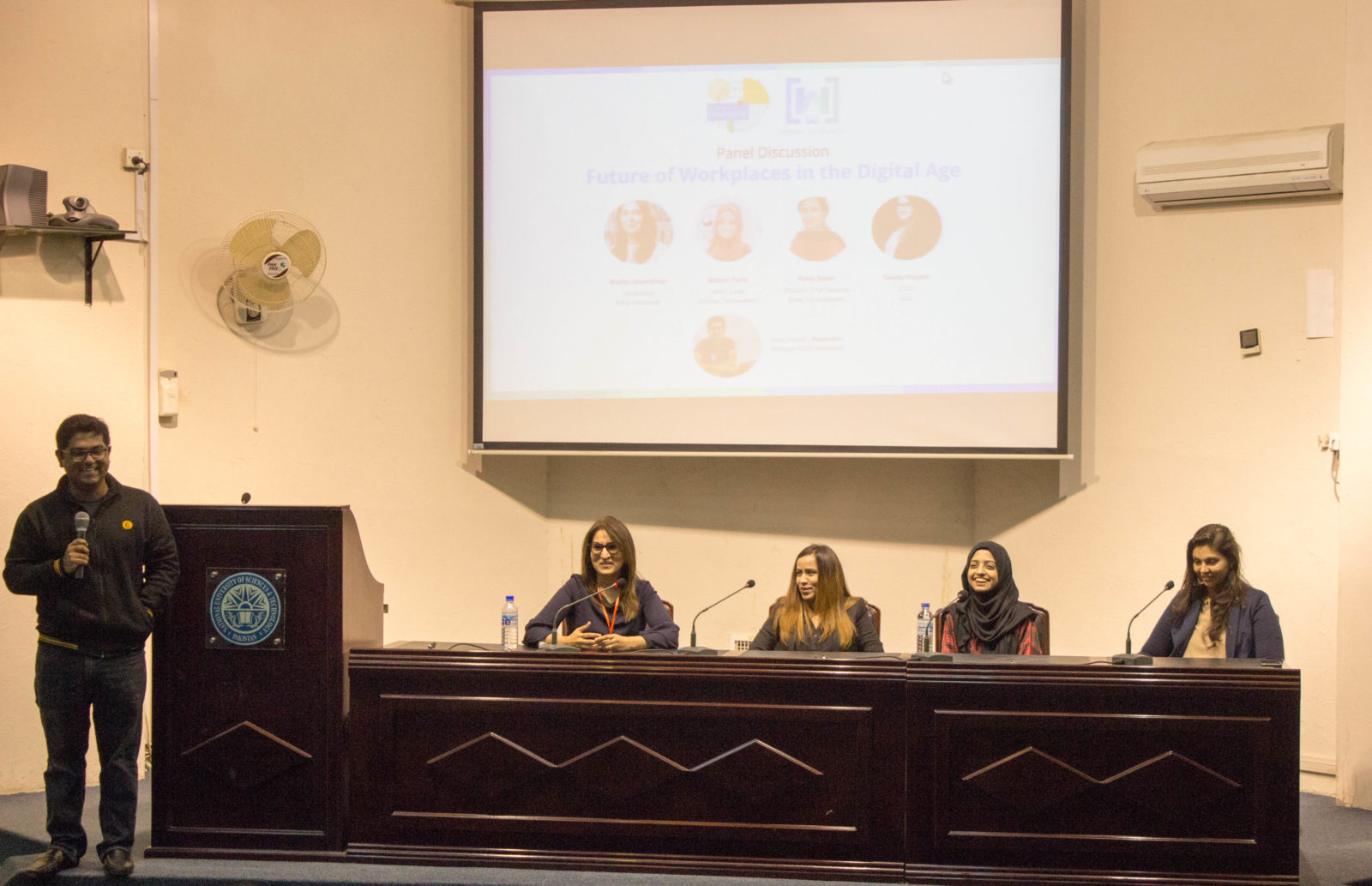 An expert designer and Co-Founder of Designist, Mr. Hasan Habib delivered an amazing talk on the significance of design and user experience in our everyday lives. He shed light on the technological challenges faced by deaf people and the efforts being made to overcome such limitations, through the means of design. Hasan also entertained the audience with his amazing live tweets including illustrations for each speaker & his talk delivered on the DevFest 18 session. 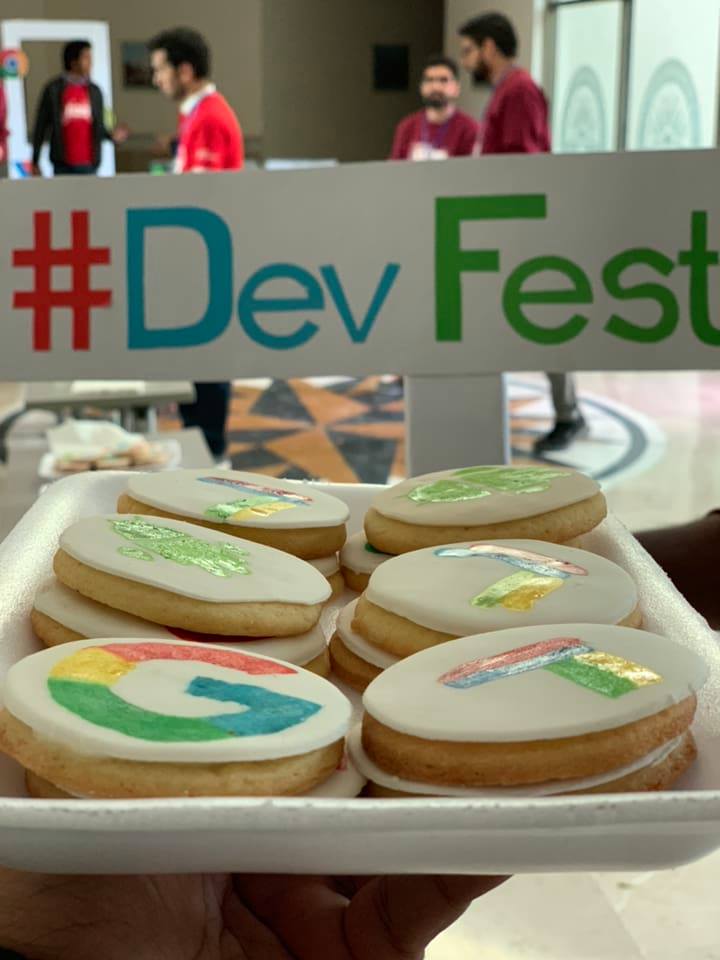 It’s not a Developer’s event without a talk on ‘Artificial Intelligence’ is it?

From Siri, Cortana and Google Now to Automated Cars and Robots, Artificial Intelligence has eliminated the factor of strenuous human thinking and efforts, thus simplifying day-to-day tasks by the minute. A.I can now encompass anything from Google’s search algorithms to IBM’s autonomous weapons. The future of A.I was discussed by the technologist Mr. Zain Fuad , who explained how A.I actually works and how Machine Learning will be empowered by innovation through technological means.

Furthermore, Mr. Ali Ayub Khan from GitHub, introduced the 31 million user accepted development platform to the DevFest 18 audience. Ali suggested the use of open source platforms for the aspired developers, as he talked about the reduction in time & cost of development along with improvement in the quality of work produced, achieved with the use of GitHub platform.

DevFest18 became a bit more exciting when the recently Instagram verified influencer, Muzzamil Hassan Zaidi came on stage, with the sole objective of discussing how Google Assistance enabled him to automate his home & make his life easier. The blogger, Muzzamil discussed the many interesting advantages offered by home automation, and excited the audience to introduce such technology in their homes & daily lives. Talking about Google Technologies, a highly informative talk on Google Deep Dream was given by Aqsa Kausar of Codistan. The talks concluded with an enthusiastic Q&A session with the speakers. 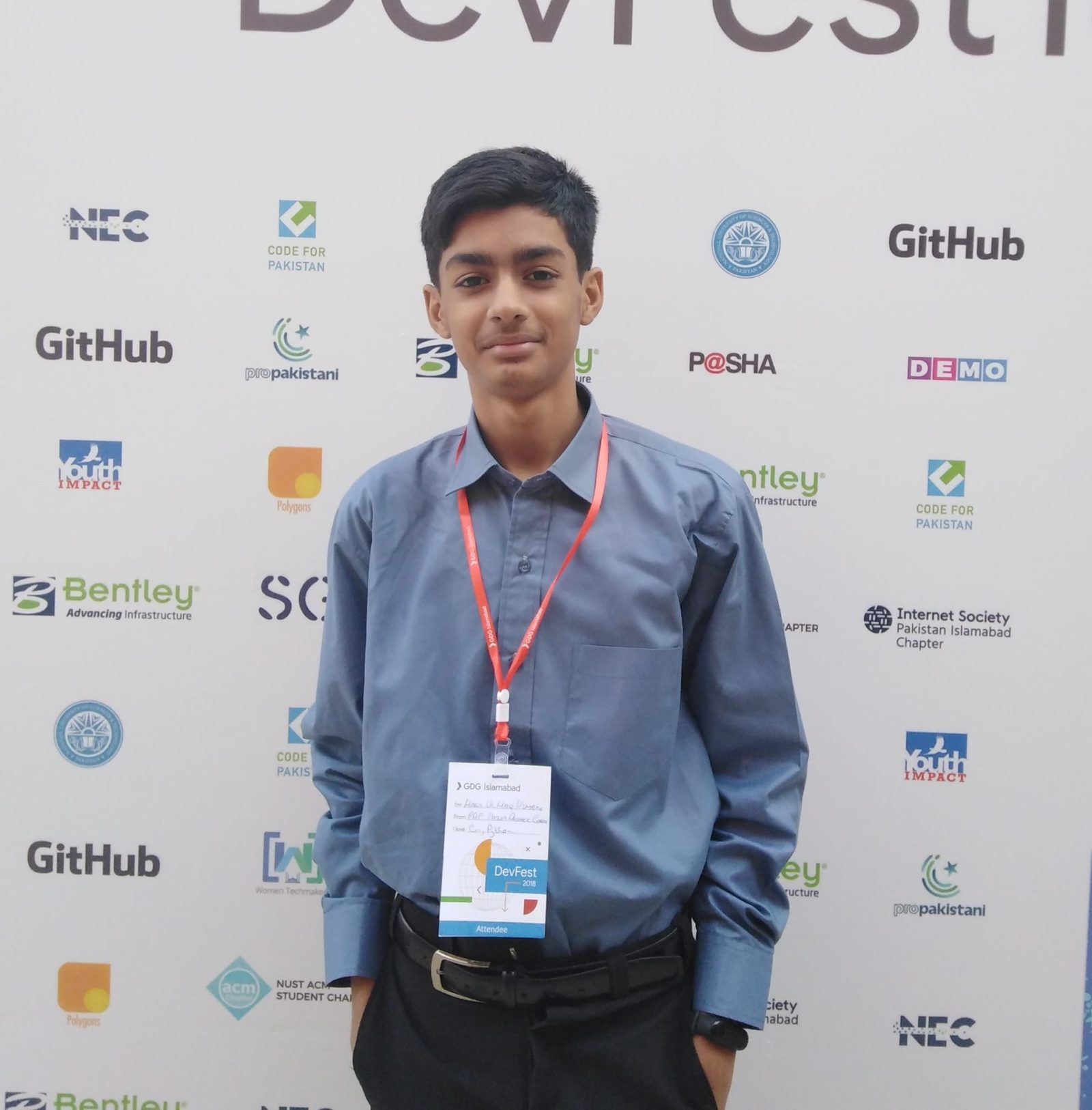 Parallel to speaker sessions, GDG Islamabad also organized a number of workshops for hands-on experience for the developers in our audience. These included areas of product designing with Angular and Materials led by Shaheer Wasti, Tensorflow by Irum Zahra & Danish Nazir, and Firebase by Ilyas Hussain. 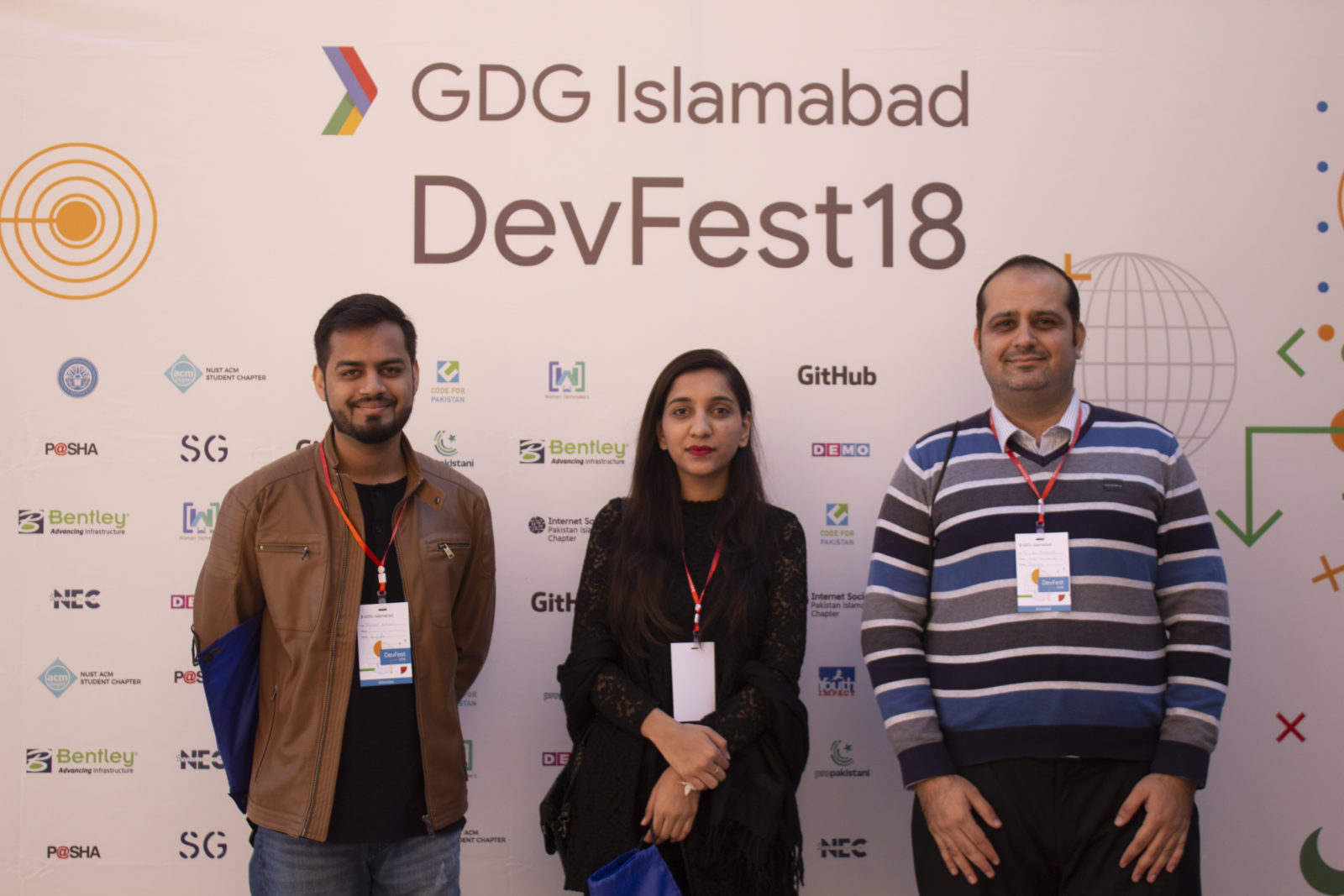 The Panel Discussion, powered Women Techmakers served as the tip of the iceberg for this year’s

Insurance), Saadia Khurram (CXO of Jazz), Rabia Babar (Director of Elixir Technologies) and Maham Tariq (APAC Lead). The panel discussion focused on ‘women empowerment’ and how the digital age can now provide equal opportunities for both men and women. Moreover, the Techmakers emphasized on the interaction and experience development of individuals as it would play a key role in success and development of the young generation. 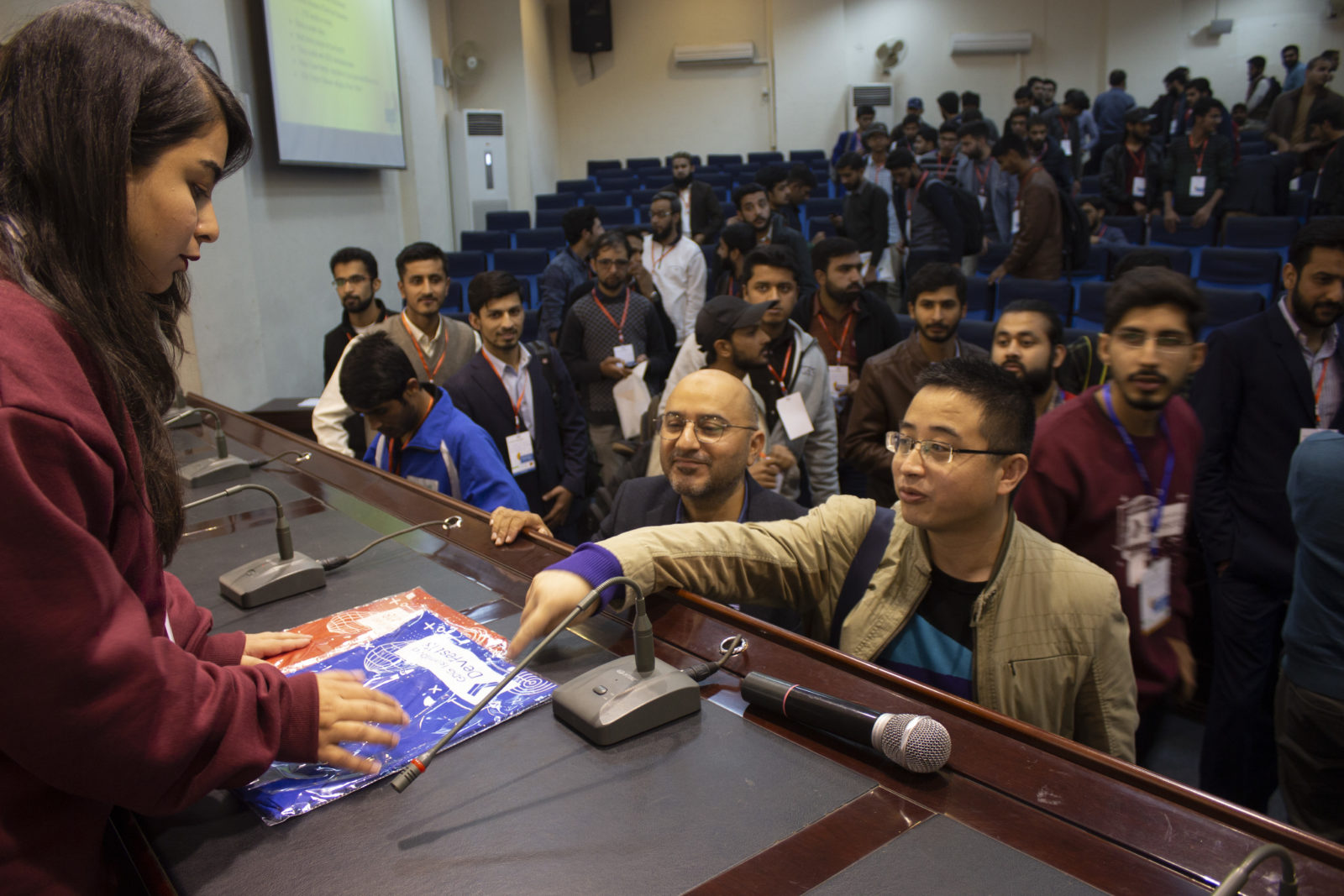 The event concluded with an amusing activity where students and professionals got the opportunity to interact with each other & enjoy the delicious Google cookies, thus creating a fun networking environment for all. In conclusion, Google DevFest 2018 became a massive success.

Well what’s more to an event than the reviews left by it’s gleeful and satisfied attendees, while to some Devfest’18 was a wonderful motivational experience to others it was an amazing networking platform which boosted their confidence to think outside the bun and just do it.