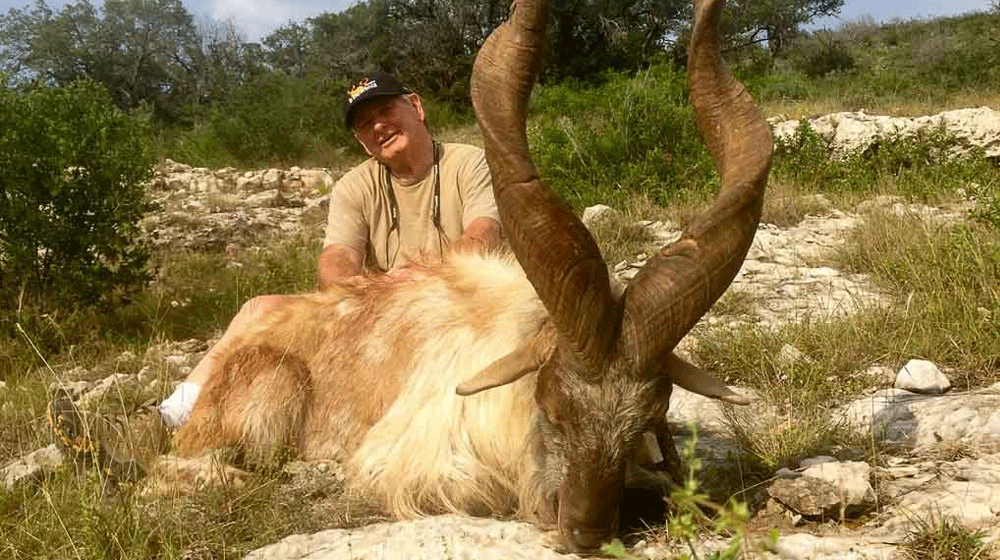 The licenses were issued under the hunting trophy policy which gives only selected hunters – who can pay a hefty fee – a license to kill the majestic animal.

The policy was made in 1999 in order to save the species of Markhor from going extinct.

Under the policy, the locals were encouraged to protect the endangered species rather than killing them for basic needs.

In return, the locals get 70 percent of the income generated from the trophy hunting while 30 percent goes to the provincial governments.

Under the policy, the government issues selected hunting permits every year to the highest bidder; the locals help the foreign hunters in identifying the animal, usually, the older ones with larger horns, in the mountainous areas and get the reward.

As per sources, a local company has bought the three permits for Rs. 30 million; it would sell the permits for higher rates to the hunters from the US and Europe.

The hunting season begins next year in spring.

Every year, a selected number of hunters from across the world turn towards the rugged mountainous areas of Chitral and Kohistan for the trophy hunt.

The hunters are briefed about the age of the rare animal as the killing of female and young Markhors is completely banned.

The hunters usually prefer to hunt Markhors with bigger horns as they are more appropriate for the trophy.  It also saves young and virile males from the guns of the hunters.

The permit also allows the guest hunters to take back the trophy head and pelt helps them a smooth passage from the customs at airports.