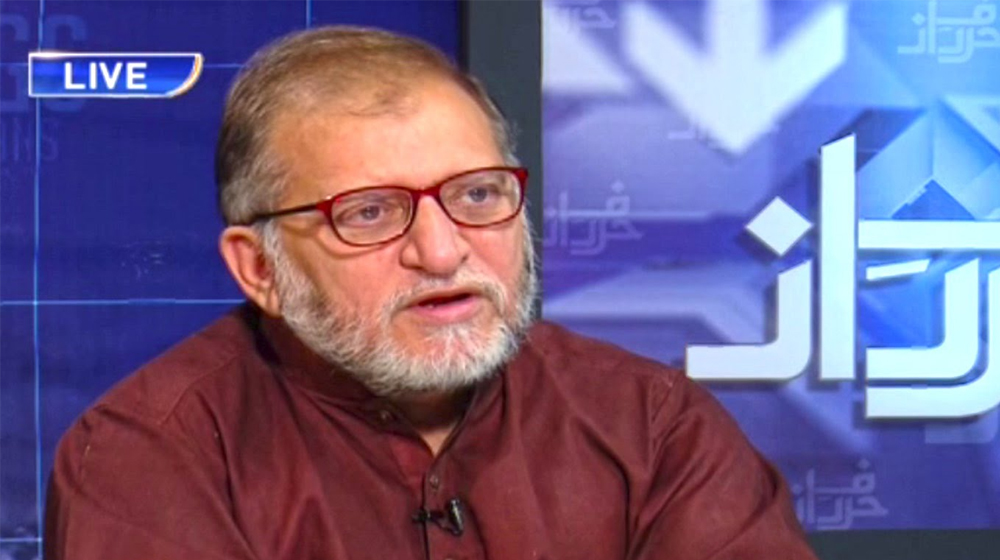 The Pakistan Electronic Regulatory Authority (PEMRA) has issued a show cause notice to Neo TV for broadcasting ‘derogatory remarks’ against the Pashtun community by its analyst Orya Maqbool Jan.

The private TV channel received a show cause notice for airing insulting remarks against the Pashtun community during his program Harf-e-Raz.

PEMRA has sought a written reply to the show cause along with the requirement that the CEO or an authorized representative must appear in a personal hearing on December 17 to explain why due legal action should not be initiated under the laws.

The regulatory authority warned to initiate proceedings under sections 27, 29, and 30 of its ordinance in case of non-compliance.

Notably, Orya Maqbool Jan is known for his controversial stance on a number of social issues.

PEMRA has also issued a warning to Bol News for airing a program ‘Aisy Nahe Chaly Ga’ on December 12 hosted by Dr. Fizza Akbar. The warning is issued over ‘unreasonable and sarcastic remarks’ by the host against Minister of State for Communications and Postal Services Murad Saeed.

In a press release, the media watchdog stated that the host’s remarks were not only humiliating but were also in violation of PEMRA codes.

It further reminded the management of the channel that PEMRA has issued a number of directives to ensure objectivity in programs, maintain standards of language, and uphold the social and ethical values. Still, the programs manifest abysmal editorial oversight.

The authority has warned the management to be careful in future regarding the broadcast of programs while upholding the journalistic ethics and moralities. It also directed the channel to disclose the details of the in-house monitoring committee within seven days and put in place effective delay mechanism to prevent any such violations.

It warned of a strict action in case of non-compliance.