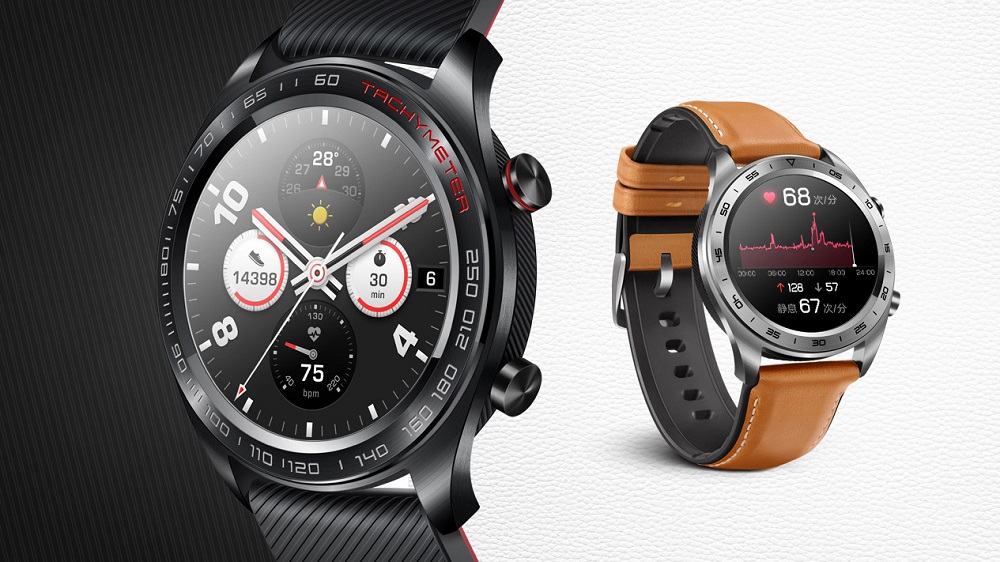 Probably the first of its kind smartwatch that is aimed at kids.

The kid-size smartwatch is going to pack a number of basic, smartwatch sensors as well as a relatively low-spec TFT display. The display size is going to measure 1.3-inches with a meager 240×240 resolution. 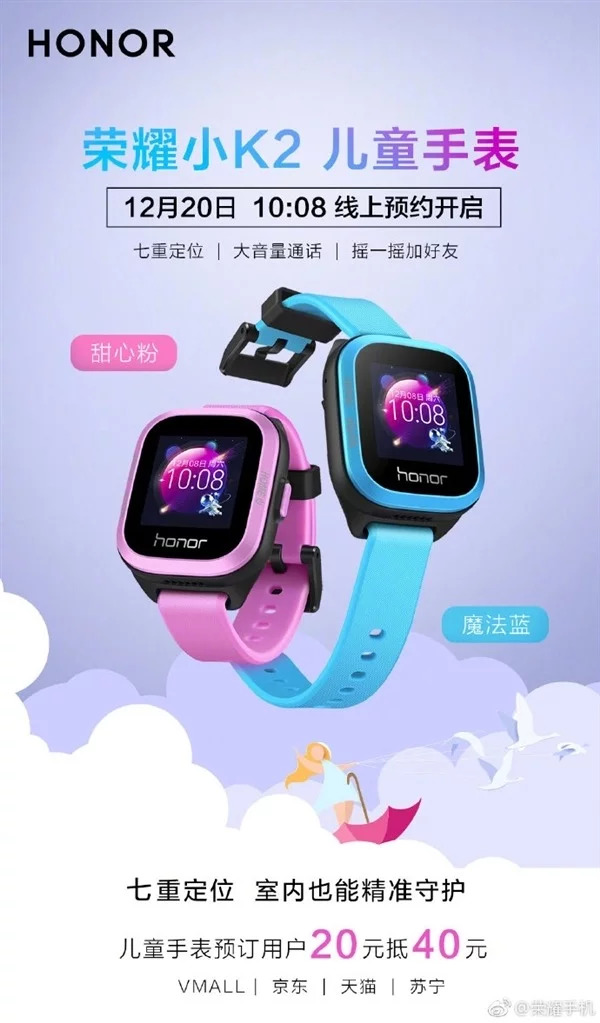 Other than that, the internal hardware is also pretty low-resource, with 4 MB RAM and 16 GB flash memory.

The good thing is that the watch has support for nano-SIM, however, it’s unlikely to have an NFC sensor.

The smartwatch is going to come with a silicone strap and can also be used in rain thanks to its IP67 certification. Additionally, the watch can be paired with devices with Android 4.4 or up and iOS 9.0 or up.

Other than the usual smartwatch features, including address book, SOS alert function, weather and alarm clock, Honor K2 comes with some kids-oriented features, for example, a security feature to help parents locate their kids.

Other than that, the watch can also be used by kids to add other juvenile users, and even send messages.

It has a decent 660 mAh battery, that should pair well with Honor K2’s low resource components, and grant long-lasting battery life.

The smartwatch has already been listed online and can be pre-booked in China. The early deposit range is between CNY 20 and CNY 40, though there’s no word on what the actual price is going to be in the future.

Moreover, the company has also decided to keep the launch date a secret for now, but according to a report from GizmoChina, it’s likely to get launched on December 26. Shipping will also start on the same date.