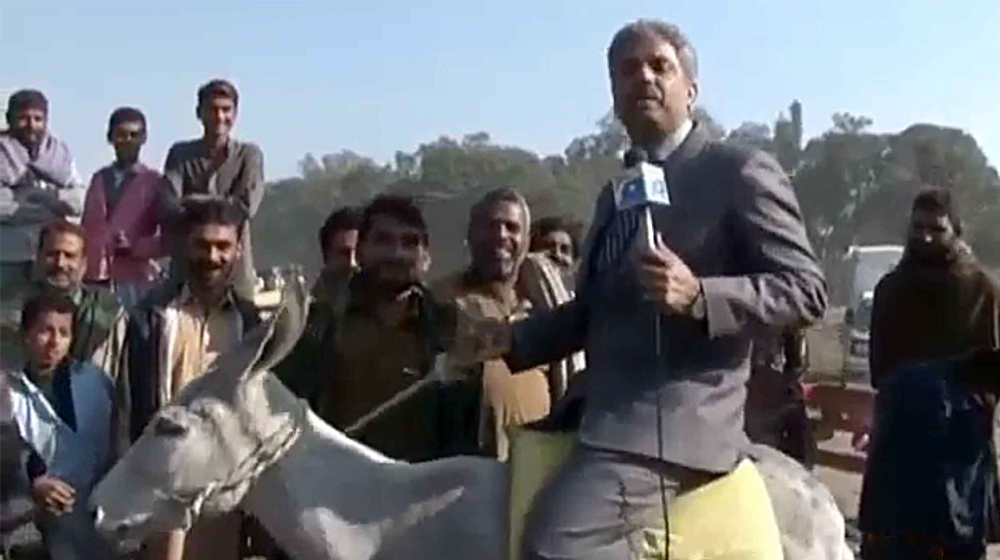 Geo TV’s reporter Amin Hafeez is famous for his hilarious reporting style. This time, he has come up with another report and this one has amused those living across the border as well.

You might remember his video with the cow. Well, this time he is with donkeys. In fact, he is on a donkey. In this video going viral on social media platforms, he is talking about the thriving donkey business in Lahore.

Pakistan Has the Third Largest Donkey Population in the World

Donkey business flourishing in Lahore and look at the way my old Freind Amin Hafeez reporting donkey business by risking his life pic.twitter.com/FHYuQrYOqP

The most hilarious thing of the video is yet to come. These are his comments while sitting astraddle on a donkey, “The relationship between humans and donkeys goes back to centuries. But the sudden boom in the donkey business has made donkey breeders ecstatic.”