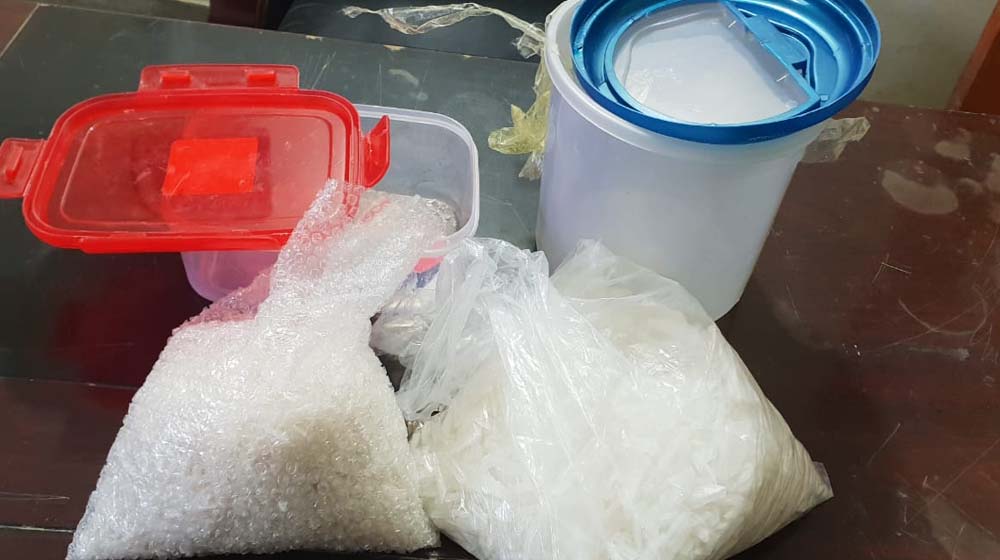 The Anti-Narcotics Force (ANF) continues its ongoing crackdown on those involved in selling drugs especially in the educational institutions of the federal capital.

A team of ANF Intelligence conducted a raid in G-9 Sector of the federal capital and busted a gang allegedly involved in supplying ice (meth) and other drugs at different educational institutions.

The gang consists of three people including a constable of Quetta Police. ANF sources said that the raiding team recovered one kilogram of ice from the possession of the accused. 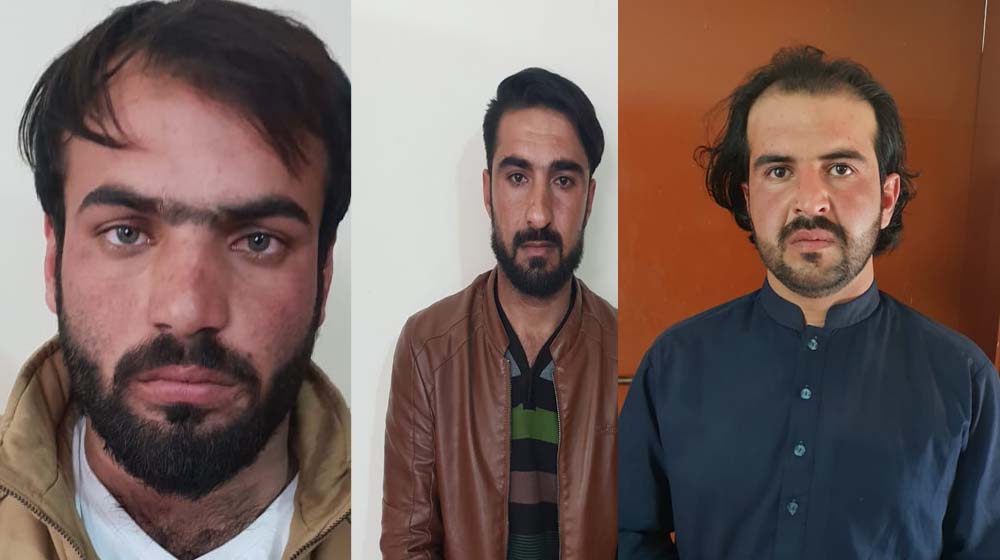 In another action, ANF intelligence foiled a bid to smuggle drugs to Punjab from Khyber Pakhtunkhwa.

The team seized 18 Kg hashish and 1.2 Kg heroin from an accused, Amanullah, who was attempting to carry them to Punjab from KP.

The force also recovered arms from the accused.

The recent revelations of State Minister of Interior Ministry stating 75 percent of girls studying in Islamabad’s elite educational institutions are consuming crystal methamphetamine (ice) drug have shocked everyone, including parents.

Speaking at an event on Tuesday in Islamabad, Afridi had said that 75 percent of female students and 45 percent of male students of well-known educational institutions were found to be taking the drug.

Ice is a drug, which consists of colorless crystals of varying sizes and shapes, which is consumed by smoking, insufflation and injecting into one’s body. 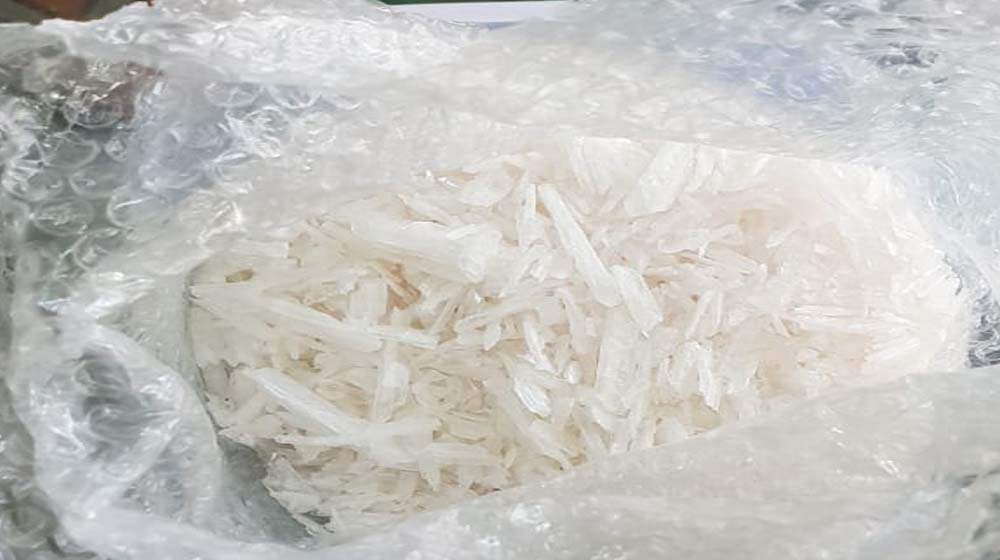 On Thursday, the capital police in different actions against drug peddlers recovered a huge quantity of drugs and arrested many accused

Noon police arrested Muhammad Jameel after recovery of 1230 gram hashish from him.