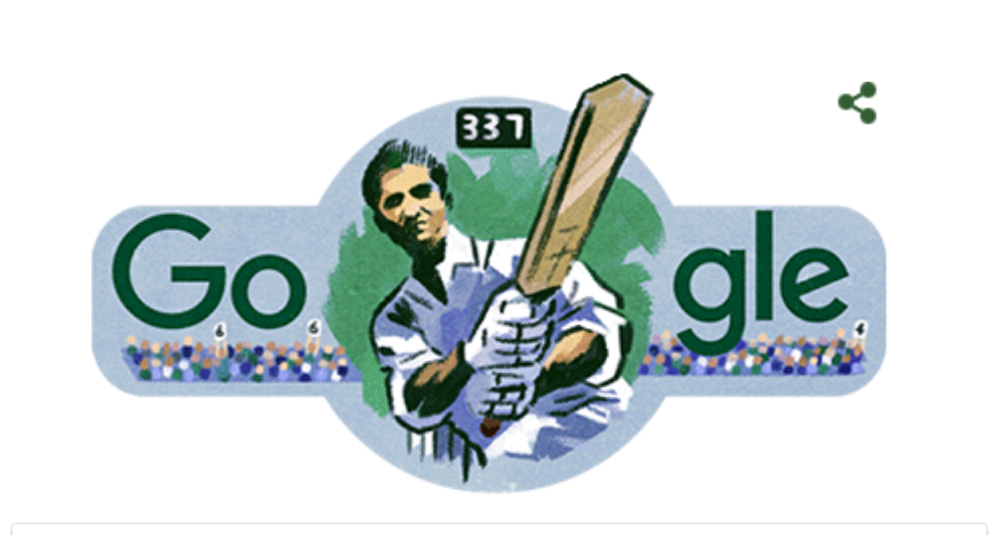 On this day in 1934, a baby boy opened his eyes in Junagadh, Gujarat. Little did anyone that this wonder child would go on to become the ‘Little Master’ of the world cricket and rattle the record books with his 970-minute 337 epic – the longest test innings ever played.

Friday often brings a bundle of good news as Google has put a smile on every Pakistani’s face by releasing a doodle of legendary Pakistani batsman Hanif Mohammad to celebrate his 84th birthday.

Hanif Mohammad is one of the most renowned cricketers in Pakistan’s history alongside the likes of Imran Khan, Javed Miandad and Abdul Qadir.

Google, in a blogpost, wrote:

Mohammad showcased his patience and skill when he played the longest innings in the history of Test cricket. He remained on the crease for more than 16 hours and became the first Pakistani ever to score a triple century. He achieved the milestone against none other the mighty West Indies in Bridgetown in 1957-58.

Not only that, Hanif also held the record for the highest individual score of 499 for over 35-years before losing it to Brain Lara in 1994.

While the batsman was known for his errorless batting approach, he is thought to be the originator of the reverse sweep. His elegant batting style and the ability to play long innings while facing some of the great fast bowlers of the game elevated him from the rest.

This gesture by Google is a deserved sign of respect towards someone who “helped popularize cricket in Pakistan.” Although the master batsman lost his life to cancer two years ago, his fans and family would be proud.

Overall, Hanif has played 55 Test matches for Pakistan of which he captained 11 of them. He has a staggering average of 43.98 and has 12 centuries and 15 half centuries.

The world remembers him as an all-time great who would casually walk into any all-time Test XI.