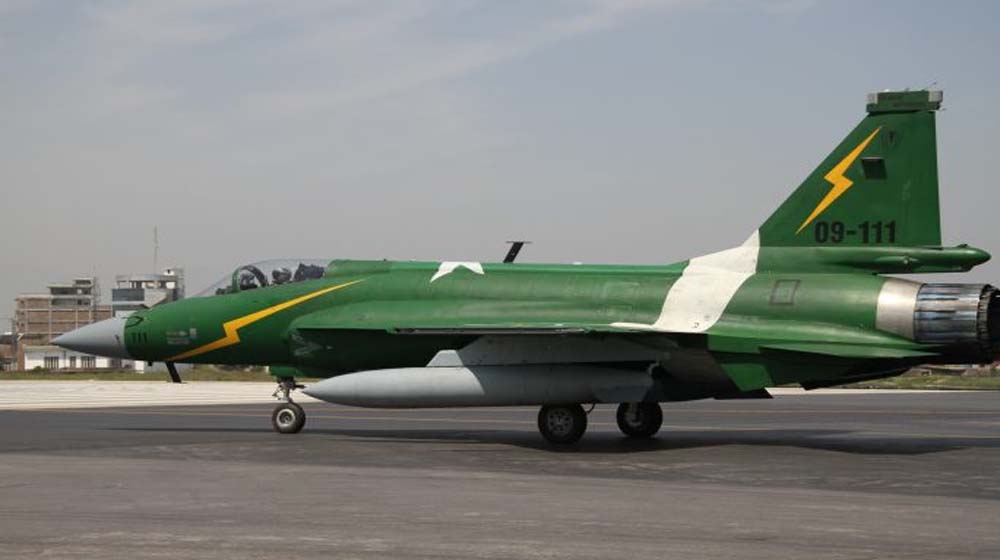 Cooperation between Pakistan and its all-weather friend China, in every sphere, is going to swell with the passage of time.

The two countries are planning to build new fighters jets in Pakistan as a joint venture, which will be a part of the ever-expanding ties between the two countries.

The warm, cordial and expanding ties between the two countries are not going down well with the adversaries of the two countries. This was reflected in a write up in the New York Times, which reported that Beijing’s “Belt and Road” initiative is taking a “military turn”.

The China-Pakistan Economic Corridor is also part of the Chinese President’s Belt and Road initiative. In its report, NY Times also said that the Pakistani Air Force and Chinese officials are giving the final touches to a plan to expand Pakistan’s building of Chinese fighter jets, weaponry, and other hardware.

The report said that the new fighter jet will be built in Pakistan with Chinese cooperation.