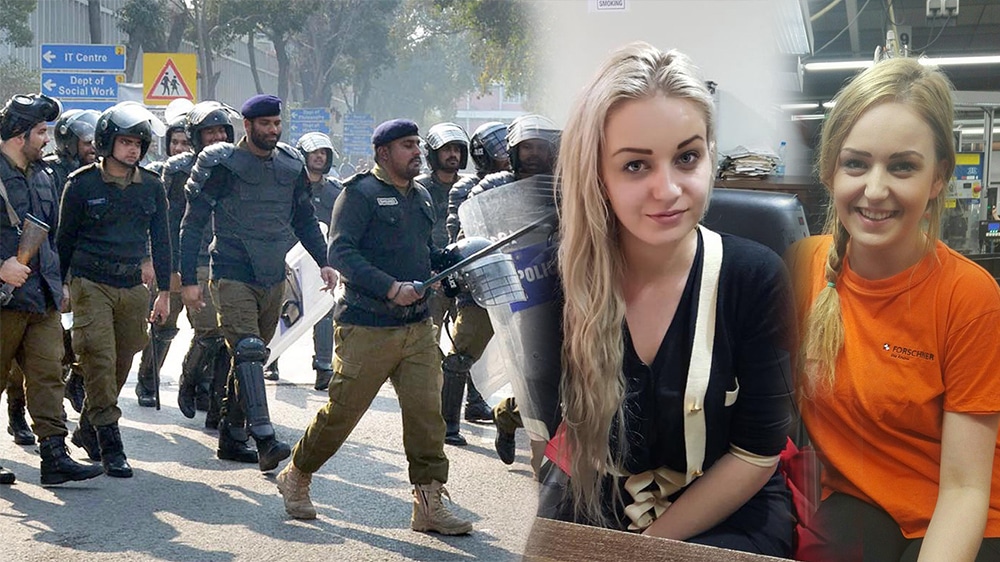 Czech model, Teresa, imprisoned in Pakistan on the charges of attempting to smuggle heroin to the United Arab Emirates has taken a U-turn.

The 21-year-old model was arrested from the Allama Iqbal International Airport in January this year when she attempted to smuggle 9kg heroin to UAE.

Drugs worth Rs. 150 million were recovered from her luggage. In April, this year the woman was indicted in the smuggling case by a local court.

The model had earlier confessed to smuggling heroin to UAE but now she says she had come to Pakistan to do some “research on Islam”.

After spending a year in jail, the foreign model has learned how to take a U-turn. Not only that, but she has also adopted the Pakistani culture as she wears traditional clothes and carries a shawl too.

In her latest statement, the model said that she came to Pakistan for modeling and for doing research on Islamic studies.

“But the Customs officials arrested me on the airport, thinking of me as an easy target,” she said. She added that no drugs were recovered from her luggage.