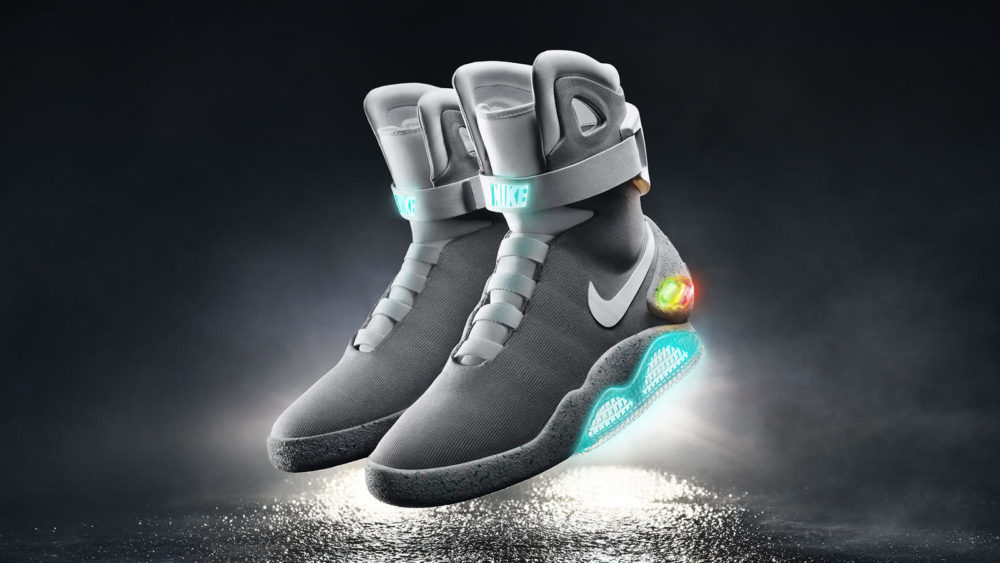 Nike’s futuristic self-lacing shoes – named HyperAdapt – are real and even have an official launch date scheduled for next year.

The ‘Back to the Future II’ inspired sports pair has been in the prototype phase for quite some time and has been shown off by the company at a number of occasions during the past few years. Now, you can finally get a pair for yourself which, by the way, costs $350 and will hit the stores in 2019.

These new sneakers, as you’d expect, can automatically tighten and fasten themselves to the wearer’s feet, with a perfect fit.

The self-lacing Marty McFly kicks will be available for purchase next year at select Nike stores. The price might seem high at first, but do note that it’s still a new technology and the price might drop later on, as other competitors and also the company itself will surely try to figure out a cost-effective iteration.

The technology behind HyperAdapt’s automatic lacing feature has been improved this time to reduce the total cost of one pair and also to make it useful for sports.

During its quarterly earning calls, Nike said that it will be launching new basketball shoes, with the same HyperAdapt automatic lacing technology, in 2019 with “Adaptive” performance. Though the wording is vague, the company is most likely referring to the technology’s practicality, meaning that it will be much lighter and fit for athletes when it gets launched.

Nike is improving on its early formula that it showed off a few years back. Nike CEO Mark Parker said,

We have a smart shoe designed for the perfect FIT and it’s a major step in advancing and connecting our digital transformation to product.

Whether or not the technology gets popular, we’ll need to wait and see till next year. To some, the self-lacing shoes might prove to be a mere gimmick and not something you can buy for daily use or for athletic use.

Anyway, what do you think about Nike’s HyperAdapt? Feel free to leave your thoughts in the comments below!