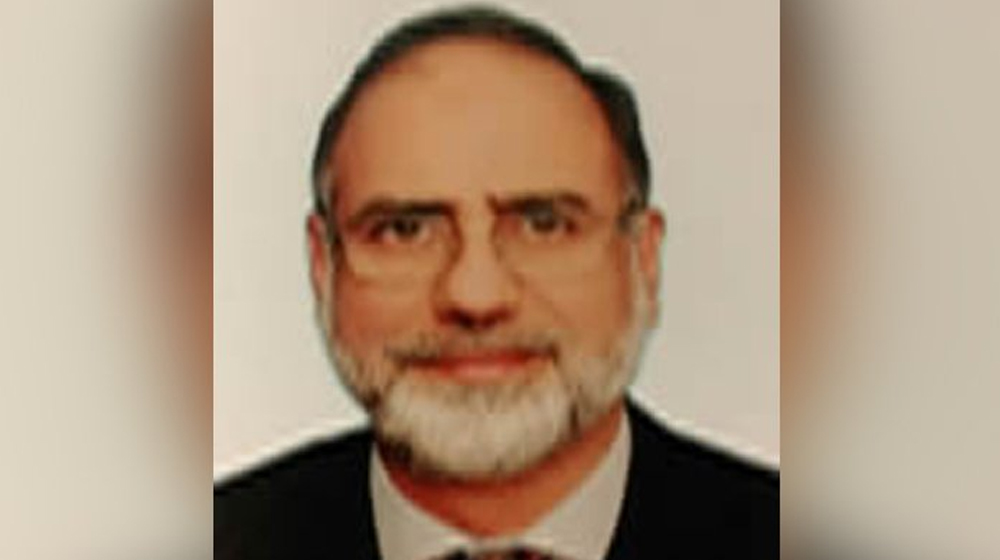 The federal government has appointed Sheikh Akhtar Hussain as a chief executive officer (CEO) of the Drug Regulatory Authority of Pakistan (DRAP).

He is the same person who declared his death to get a case dropped against him in the National Accountability Bureau (NAB). As per the available details, Hussain was facing allegations of irregularities in DRAP during the previous government’s term.

The government issued a notification on Thursday that Hussain has been appointed as the CEO of DRAP following the cabinet’s approval.

“With the approval of the federal government and cabinet decision dated 20.12.2018, Dr. Sheikh Akhtar Hussain, is appointed as Chief Executive Officer (CEO) Drug Regulatory Authority of Pakistan under Ministry of NHS, R&C, on contract basis for a period of three years, in terms of Section 5 of the DRAP Act, 2012, with immediate effect and until further orders,” reads the notification of Ministry of National Health Services. 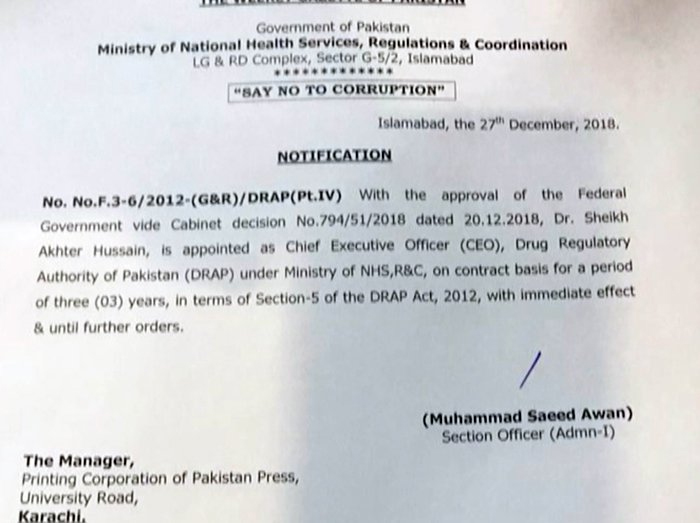 Notably, NAB had submitted a reference against the then DRAP officer Hussain in 2011. He was reported to be allegedly involved in the embezzlement of Rs.51 million.

Hussain managed to declare himself dead and escaped the punishment in the reference.

Later on Nov. 8, 2017, NAB released a handout that stated that Chairman NAB Justice (retd) Javed Iqbal had ordered an inquiry according to the law against Hussain and the NAB officer who helped in declaring the DRAP officer dead.

The handout also stated that four suspects apart from Hussain had completed their sentences.