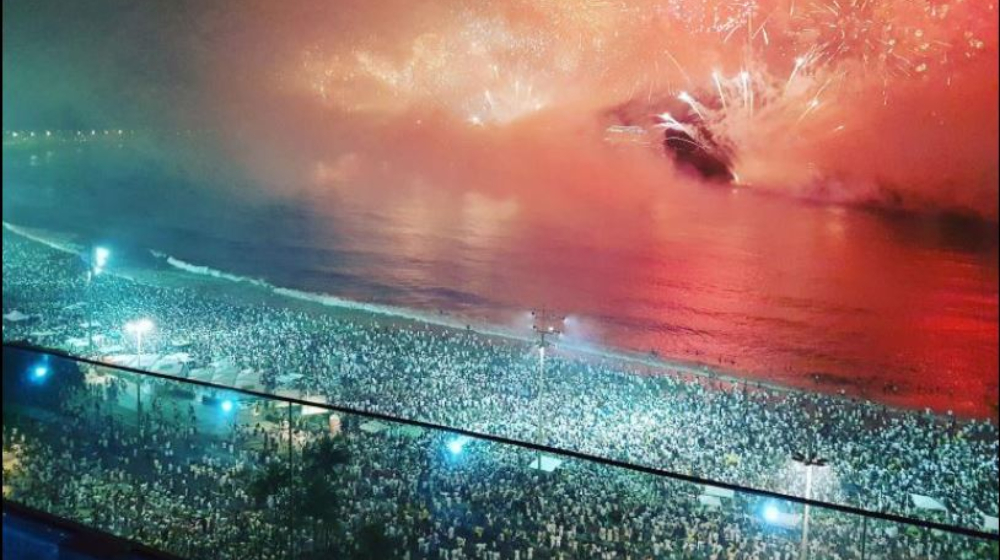 These cities ushered in the New Year with style!

Like every other year, the New Year is brought in with a fantastic display of fireworks. Even in countries where fireworks are illegal, the state goes out of its way to send off the year with a bombastic light show for the public.

While this is a global practice and the countries left out are almost next to none. Some do exceed others in the grandiosity of the celebrations.

Here are the best firework displays this New Year’s night:

Times Square was lit last night like it has been year after year. The most unique part of the experience is New York’s tradition to drop a Waterford crystal LED ball from the former New York Times Building at midnight, then the fireworks.

Another American city on this list, Las Vegas has its own way of doing things. New Year’s Eve is no exception.

Once the home of the great Aztecs and now the home of Brazil’s infamous Carnival. Rio’s New Year’s celebration is amongst the largest in the world.

The Thames waterfront is lit to British rock music playing in the background.

While Las Vegas does light up its Paris, the actual City of Lights has an edge because they have the Eiffel Tower.

Another classic city with a tradition of its own. Madrid natives kick off the New Year by swallowing 12 grapes, one for each stroke of the clock at midnight.

The country, which is still rocked by conflict, does not hold back when it comes to partying. Each New Year’s people gather in Nejmeh Square, the heart of central Beirut. When the clock strikes at midnight, the fireworks erupt.

The only Asian city on this list, Tokyo has its tradition for ringing in the New Year, literally with temple bells. The temple bells ring as a countdown to midnight. Besides that, the Japanese emperor opens the palace grounds, which is also accessible to the public on the second day of January.

Another island city with a grand New Year’s firework display, Sydney is the place to be if you ever wanted to wave goodbye in style to the previous year before anyone else in the world.

And to round up this list, we have included Lahore’s fireworks show from last night. Sure it may not be as grandiose as those light shows from the other cities, but then again, there’s no place like home.