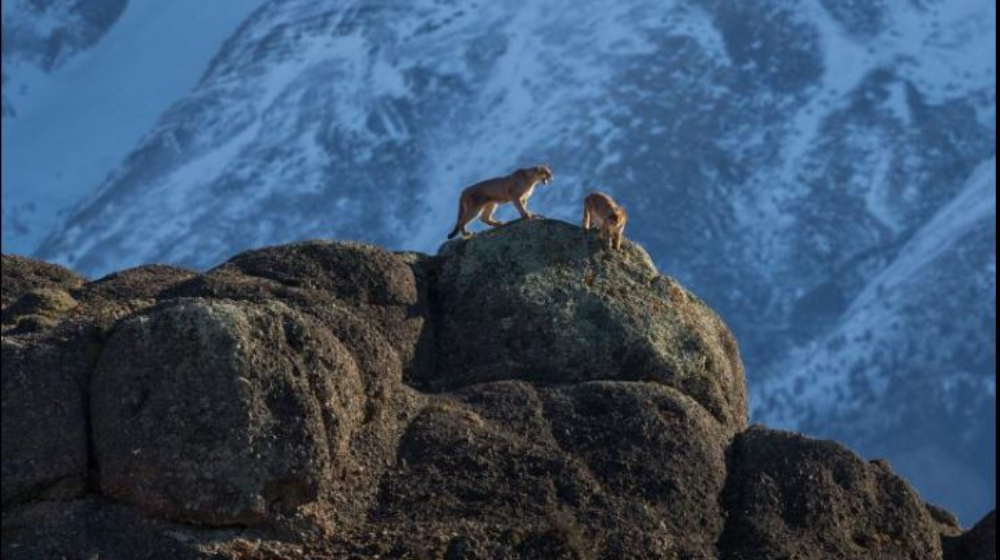 National Geographic has released some of the best images from the stories that it featured in 2018. These images capture everything from natural landmarks, to human emotions and experiences. Every picture tells an elaborate and rich tale of its own.

For the year 2018, the famous magazine had to offer 119 stories. These stories have been curated with the help of 107 photographers, who snapped as many as 2 million pictures, from all around the world.

We take a look at 30 such images that capture 2018 in all its hues, shapes and colors.

The onset of summer of the coast of Canada’s Baffin Island. The perennial snow melts to turquoise-looking pools.

An image of Maasai men leading their herds onto the Masai Mara wildlife reserve.

Grey Reef Sharks hunting as a pack in the south channel of Fakarava Atoll, Tuamotu Archipelago of French Polynesia.

Bangla woman Noorjahan drying plastic that washed up from the river. The plastic is then sold to a recycler.

Greenhouses for growing food, vegetables and fruits in the midst of suburbs of Kunming in the Yunnan province.

Black Browed Albatrosses in Steeple Jason, one of the Falkland Islands.

Crabeater seals rely on ice floats for nesting and to hide from killer wales and leopard seals.

Puma matriarch and her cubs on the edge of Sarmeineto Lake.

Airaj Jilani a Pakistani that now lives in Texas. Growing up he was an Elvis Presely fan and here he’s doing his best imitation of him.

Institute for Roses and aromatic Plants in Kazanlak, Bulgaria

Church of San Pedro Claver, a symbol of Spanish colonialism in Colombia.

A couple in the financial district of Shanghai China.

Hacienda Napoles, the estate of drug king-pin Pablo Escobar has been turned into a theme park.

For the complete list of pictures from 2018, check out National Geographic.