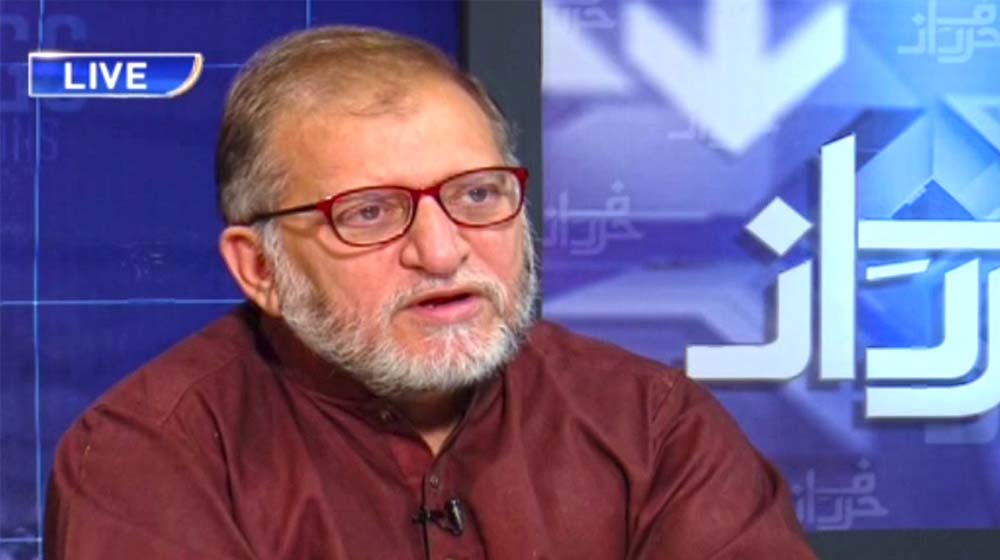 In a press release, the media regulator said that it has banned Orya’s show for violating various sections of the PEMRA ordinance, its code of conduct, and anti-terror act.

On December 4, a former ‘spokesman’ of a banned terror outfit, Tehreek-e-Taliban Pakistan, was invited on a live call and his views were solicited on national issues, security matters and foreign policy of Pakistan, which prompted the ban.

The authority had issued a show cause notice on December 7 to Neo TV over the program. After going through the replies submitted by the channel administration and hearing its counsel, the authority banned the program for one month.

It must be mentioned that Orya’s program ‘Harf-e-Raaz’ had received another show cause notice on December 12, after the analyst allegedly passed anti-Pashtun remarks.

PEMRA had sought a written reply to the show cause along with the requirement that the CEO or an authorized representative must appear in a personal hearing on December 17 to explain why due legal action should not be initiated under the laws.

The regulatory authority warned to initiate proceedings under sections 27, 29, and 30 of its ordinance in case of non-compliance.

Notably, Orya Maqbool Jan is known for his controversial stance on a number of social issues.