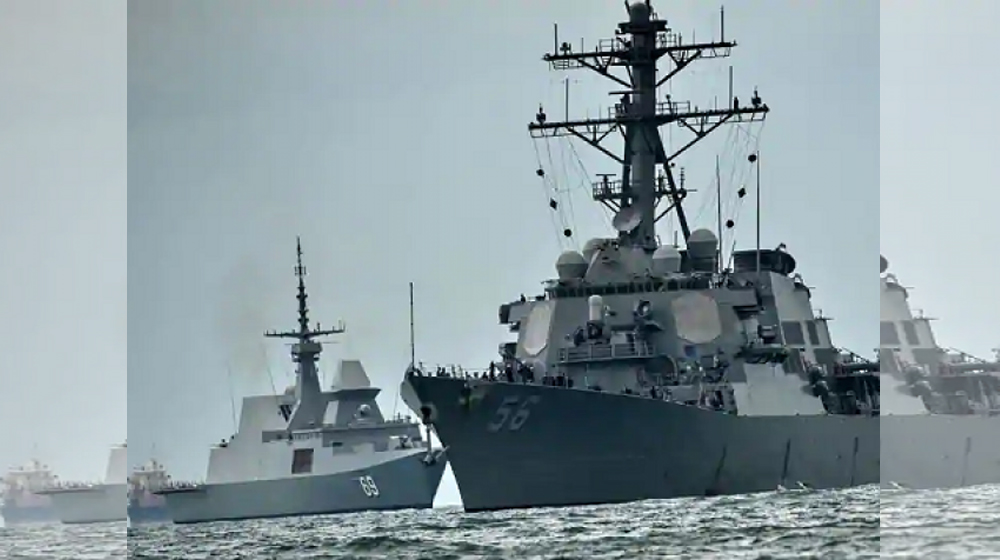 Pakistan’s evergreen friend, China, has started building an export version of one its advanced naval frigates under a major arms deal.

The above revelation was made by the state-owned Chinese publication. It states that the warship is a version of the most advanced guided missile frigate of the Chinese Navy. However, it did not specify the type of the frigate.

As per the details, the warships are equipped with modern sensors and weapon system. The publication cited the defense contractor China State Shipbuilding Corporation (CSSC) while stating that the vessels would bear anti-ship, anti-marine, and anti-air armament.

Pakistan Ranked Among Top 10 Weapon Importers in the World

Furthermore, the frigates are of Type 054AP class, which implies that it originates from the Type 054A of the People’s Liberation Army Navy (PLAN), states the publication while citing the Pakistan Navy.

The frigates are being constructed at the Hudong-Zhonghua Shipyard in Shanghai. The report further states that the vessel “will be one of the largest and most technologically advanced platforms of the Pakistani Navy and strengthen the country’s capability to respond to future challenges, maintain peace and stability and the balance of power in the Indian Ocean region.”

Moreover, the report called the Type 054A as the best frigate in service with PLAN. Reportedly, the vessel comes with a fully loaded displacement of around 4000 metric tons and bears advanced missiles and radars. Till date, around 30 Type 054As are serving with PLAN.