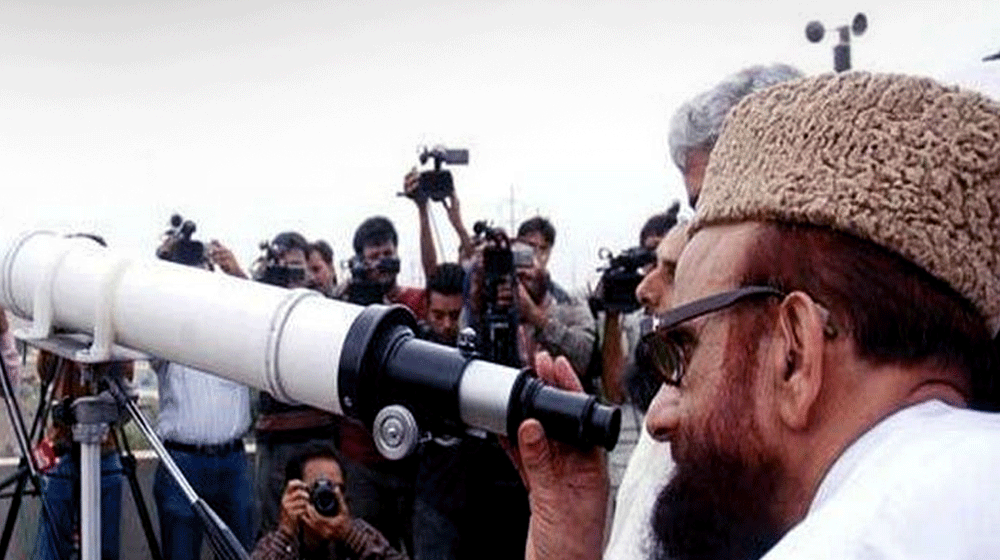 The Pakistan Tehrik-e-Insaf (PTI) government is reportedly going to take yet another controversial decision by disbanding the Ruet-e-Hilal (moon sighting) Committee at all levels.

There are reports on local media that the PTI government had decided to discontinue the committee which, for years, has been led by Mufti Muneeb-ur-Rehman.

The alleged decision has been taken in the wake of ‘controversial’ decisions by the committee on the moon sightings which, according to the report, caused millions of rupees to the national exchequer.

The responsibility of the moon sighting would be transferred to the Pakistan Meteorological Department (Met) which has all the scientific equipment to predict the dates of moon birth, the report added.

The decision, if actually taken, might irk the religious faction of the society and will cause turbulence on social media for the incumbent government, but will put a full stop to the long-prevailing uncertainty on the sighting of the moon for when an Islamic month would start and end. Especially during the holy months of Ramadan and Zul-Hajj.

Hajj Packages Are Getting Much More Expensive from This Year

Interestingly, the report has surfaced just a day after the chairman of Central Ruet-e-Hilal Committee Mufti Muneeb announced that the crescent of Jamadi-ul-Awal has not been sighted and the 1st Jamadi-ul-Awal 1440 Hijri will be on Tuesday.