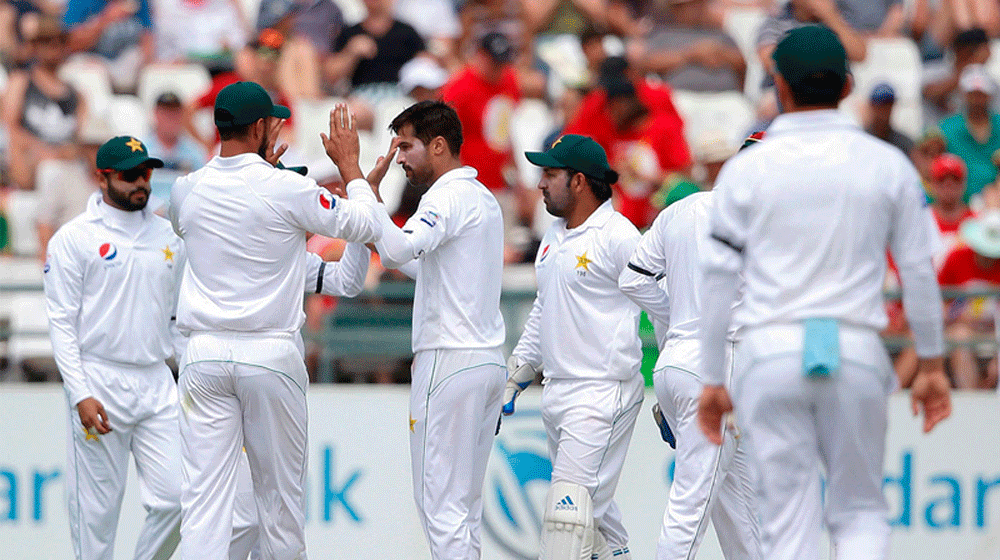 Pakistan’s poor run in the Test cricket continues as the Green Caps lost the series to South Africa after a defeat at ‘home turf’ at the hands of New Zealand.

The third Test in Johannesburg is a dead rubber for South Africa as they already have an unassailable 2-0 lead in the three-match series, but for Pakistan, this game can be a face-saving opportunity.

Team Green must win this game for the pride, and it seems they are up for it!

The team management has decided to pull the strings for the out-of-form batsmen and a little tweak in the bowling brigade as well.

The dismal performance from the opening batsman Fakhar Zaman may cost him the place in the team for the final Test. In-form wicket-keeper batsman Mohammad Rizwan is most likely to replace him in the final XI.

Similarly, the team management is keen to add Faheem Ashraf into the squad, while Yasir’s toothlessness on these surfaces might also see him out of the third game.

It is yet to be decided whether Faheem will be included in place of Yasir or any other out of form batsmen like Azhar Ali and Imam-ul-Haq. In the second case, the addition of Shadab Khan might also be on the cards.

Similarly, young opener Imam-ul-Haq is also left with fewer places to hide with his ambitious strokeplay in the recent Tests and lost confidence. It would be interesting to see if he gets another life or faces the axe.

South Africa, on the flip side, have similar selection woes with their skipper Faf Du Plessis being ruled out of the last Test with slow over-rate offense.

While Markram and Hashim Amla also sustained injuries in the second Test, a final report on their injury update is yet to come.

The final Test of the series will be played from January 11th to 15th at Bidvest Wanderers Stadium, Johannesburg.