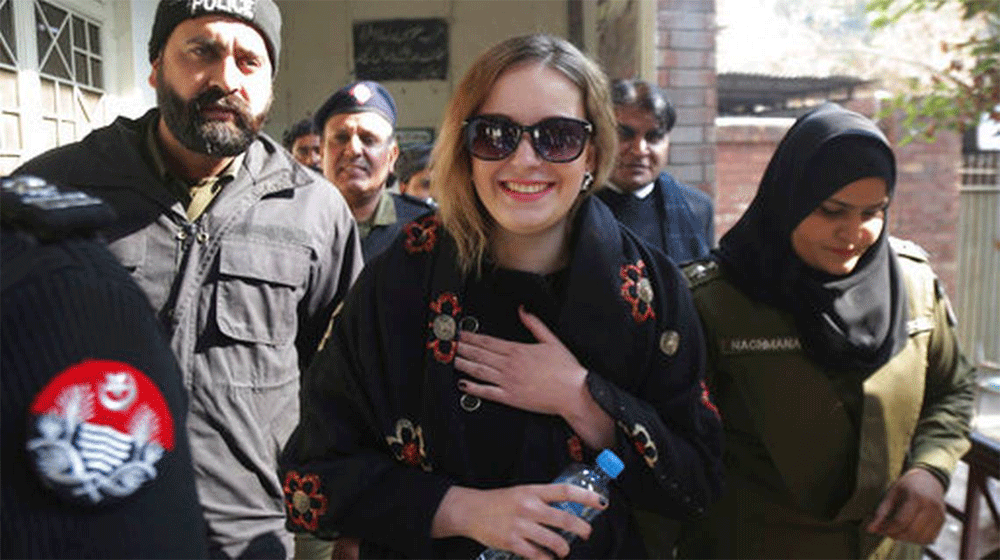 Czech Republic’s model, Tereza Hluskova, is facing up to 10 years of imprisonment if convicted in the drug smuggling case.

Tereza was arrested last year in June at Lahore Airport after she allegedly attempted to smuggle 9 KGs of heroine to Abu Dhabi.

The 21-year-old model was presented before a local narcotics court on Tuesday for the last hearing of the case.

The model girl pleaded not guilty before the court after which the trial was wrapped up. The court is expected to release its verdict by the end of January, and if the Czech citizen is convicted, she may face up to ten years in jail.

Since her arrest in 2018, Hluskova has informed investigators that she had come to Pakistan with an intention to work as a model and that someone put narcotics in her luggage. However, she reportedly changed her stance and said that she had come to learn about Islam in Pakistan. The Czech diplomats are in contact with the lady and have also provided her with legal assistance.