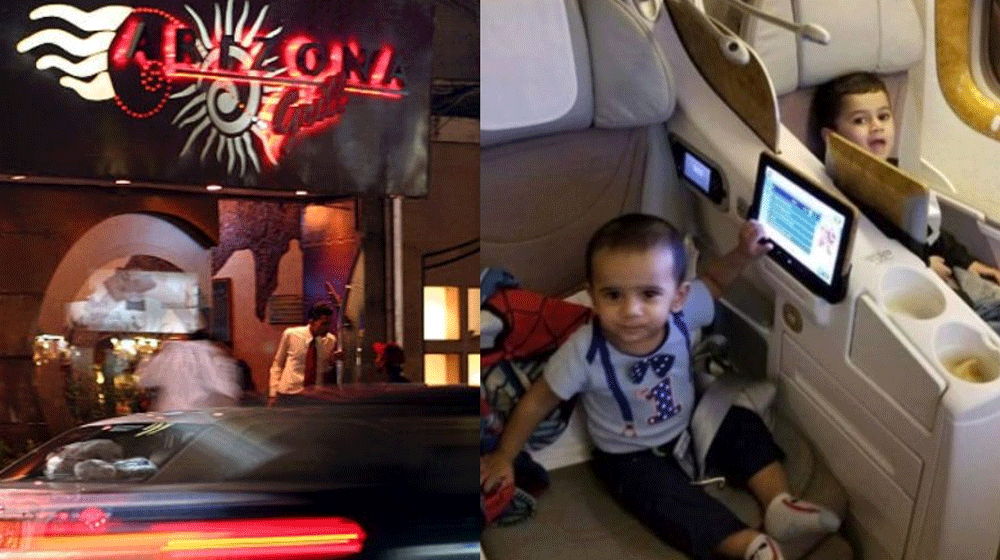 The parents of two infant children, who died after dining at a high-end restaurant in Karachi’s Clifton area, have pardoned the restaurant owner.

Their counsel, Khawaja Naveed, appeared before the court on Monday morning and requested to end the case.

He told the court that the parents want to withdraw the case as an out of court settlement has been reached between the two parties.

The SHC asked the lawyer to submit a copy of the settlement in the court and adjourned the hearing.

In November 2018, two brothers, one-and-a-half-year-old Ahmed and his four-year-old brother Muhammad and their mother Aisha dined out at Arizona Grill, one of the lavish restaurants in Clifton, Karachi. Next morning, the three fell ill and were hospitalized.

There, the two could not survive and died, whereas their mother remained under observation for several days.

Sindh Food Authority sealed the restaurant and later its go-down on Tariq Road, from where it recovered 3-year-old expired meat.

A case was registered against the restaurant owner, only to be ‘settled’ out of court after two months of proceedings.