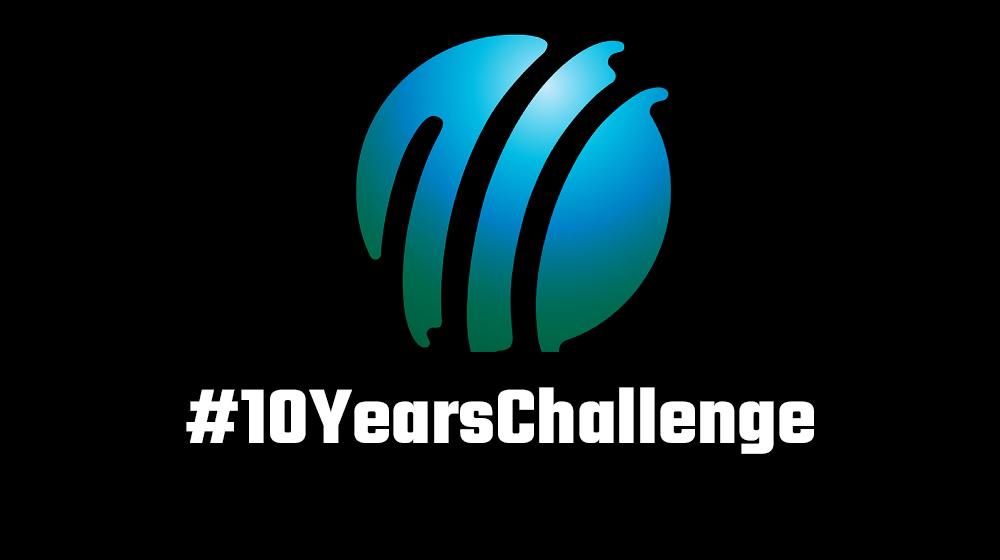 Amid the global 10 Years Challenge, the cricketers have also shared their photos from ten years ago and now for their fans.

While the 10 Years Challenge can be a good measure of how the cricketers have evolved over the course of past ten years, International Cricket Council (ICC) has found a better way to put out the information.

A side by side comparison of top 10 batsmen and bowlers from ten years ago and today shows how the game has evolved and the then best players have retired from cricket to make room for young blood.

West Indian legend, Chanderpaul led the charts with 901 rating points in 2009, whereas, Indian skipper Virat Kohli is the best performer in the current test arena.

The worrying thing, as a Pakistani, is that there is no Pakistani batsman in the top 10 compared to 2009; when Mohammad Yousaf and Younus Khan were among the best test players. This also explains why Pakistan cricket is lagging behind, especially in the longest format of the game.

Dale Steyn is the only player in the top 10 – ten years ago – who is still playing test cricket.

MS Dhoni and Virat Kohli lead the batsmen’s table in 2009 and 2019 respectively, which shows why India has been a consistently performing team in the ODIs since the past decade or so.

The most notable thing in the latest rankings is the inclusion of two spinners from Afghanistan which shows how the game has expanded to other countries as well. The bowling rankings also show how spinners have taken over the rankings – there were two in 2009 but now there are five in the top 10 – possibly because the game has changed since then, turning average spinners into wicket-takers.