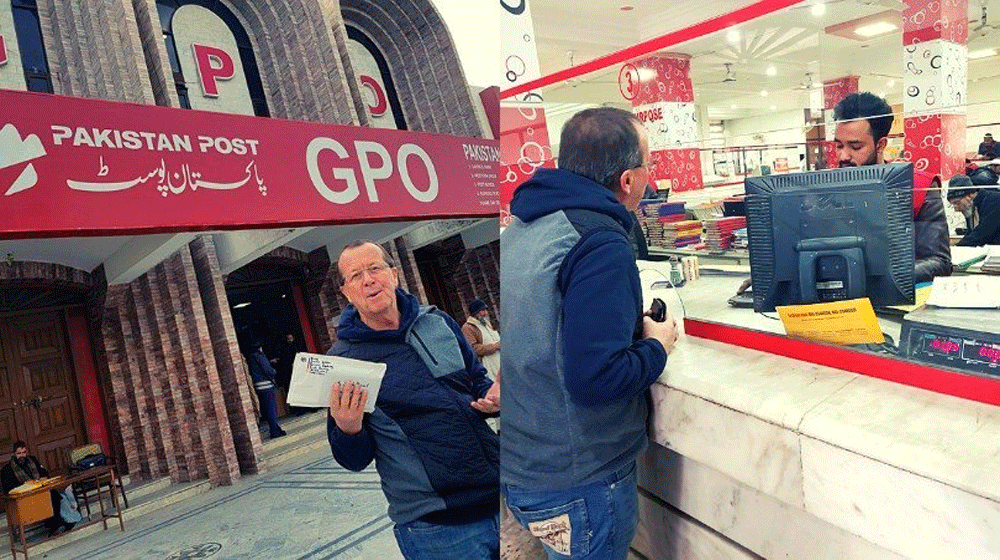 Heartthrob German envoy to Pakistan, Martin Kobler, is once again making waves on social media through his pro-Pakistan tweets.

Impressed by Pakistan Post’s recent advancements, Kobler decided to use the department’s services to send a gift to his family in Berlin, and he was not let down.

The envoy took to Twitter late on Monday and said:

“Great to hear that Pakistan Post has become reliable & delivers fast now. so just sent a small gift to my family in Berlin.”

great to hear that Pakistan Post has become reliable & delivers fast now. so just sent a small gift to my family in Berlin. thank you for the service and friendly staff at the post office @MuradSaeedPTI 👀 pic.twitter.com/02lo2Xghy9

He also praised the federal minister for Communications and Postal Services Murad Saeed for the smooth services and the friendly staff at the post office.

The loss-making department is in the process of regeneration during the PTI government.

The national postal service first launched Urgent Mailing system in October 2018 which promises nationwide parcel delivery in 12 hours at half the rates charged by its competitors.

Pakistan Post is engaged in efforts to bring itself on par with private courier companies that remain top choice of customers in need of quick delivery.

And now in early January, the department has announced ‘export parcel service’ which offers parcel delivery to foreign countries in 72 hours. The charges for this service are about five percent less than competitor private companies.