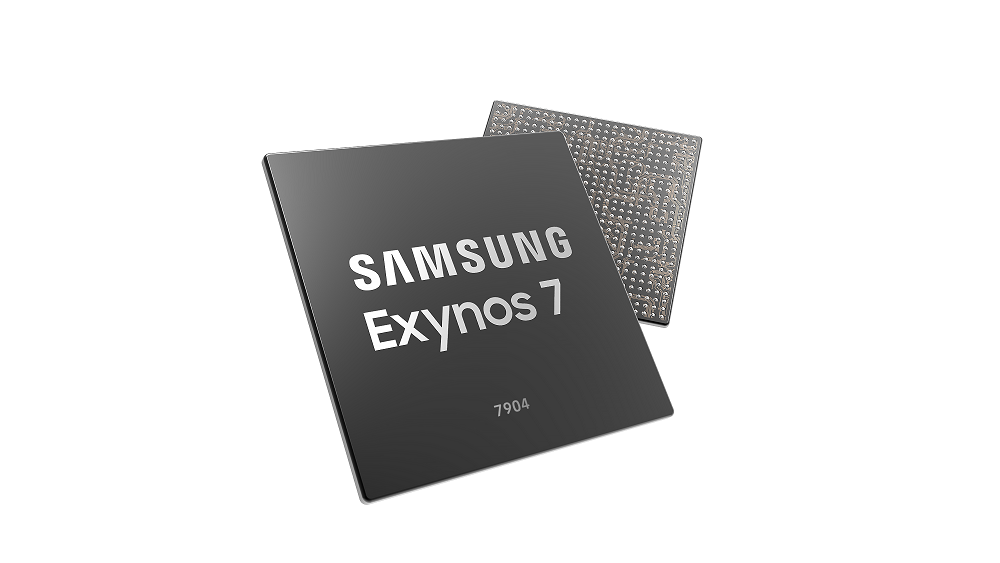 We’ll have to wait and see how well it performs against Qualcomm.

Samsung has started mass-producing its new smartphone chipset called the Exynos 7904, which will target entry-level or some midrange devices.

The chipset, which is based on a 14nm architecture to keep the prices low, will soon be placed in Samsung’s upcoming devices, possibly the Galaxy M series. Even though the chipset is cheap, Samsung says that it will still deliver high-end multimedia features like the ability to use triple cameras or using a single camera module of up to 32 MP.

The chipset has an octa-core arrangement, consisting of two Cortex A73 chips running at 1.8 GHz and six other Cortex A53’s with 1.6 GHz clock speed.

Other features include a Cat. 12 LTE modem (up to 600 Mbps download speed) and also other basic connectivity features.

Moreover, as mentioned above, the Exynos 7904 chipset supports a single camera module of 32 MP or up to a triple camera set up with customizable features. OEMs will also be able to add slow-motion video recording features to Smartphones running this chipset, with video recording up to 1080p at 120 fps. 4K video is also supported but up to 30 fps only.

Samsung’s mid-range and entry-level lineups have struggled against Chinese competitors over the ages, mainly because the company hasn’t been able to charge a lower price. With its new chipset, the company has managed to reduce prices, while delivering excellent web browsing, photography, and other multimedia features.

The South Korean giant has already been working to overhaul its midrange lineup, so we can expect some big changes in prices and features from Samsung’s upcoming Galaxy M series smartphones.