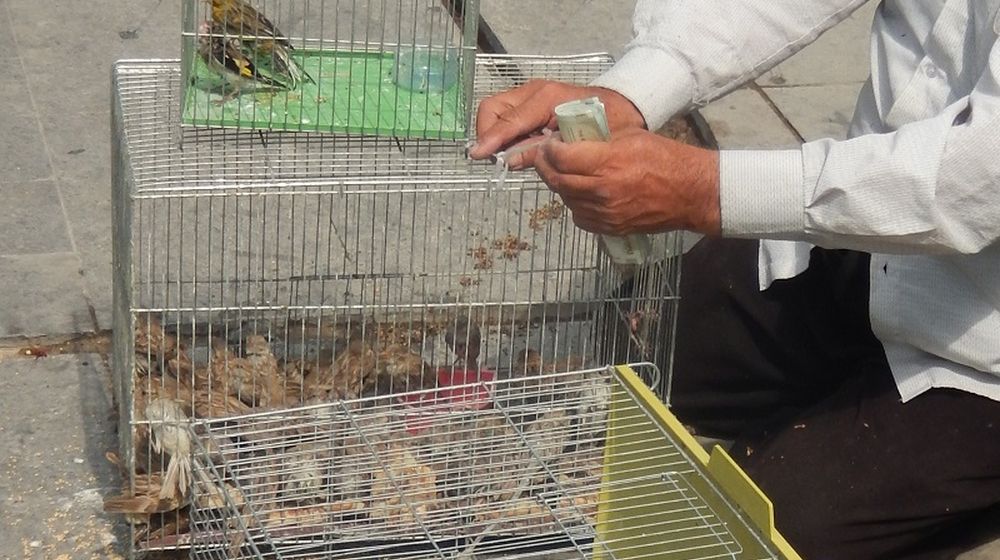 Selling passerines on the streets is a common sight in different cities of Pakistan, however, the Pakistan Animal Welfare Society (PAWS) is making efforts to get the government to declare it a criminal offense, said a Facebook post from the official account of the organization.

While the Sindh Wildlife Department used to issue permits allowing different birds to be captured and then sold at the markets, turning it into their livelihood, PAWS’ push to call it a crime is going to bear fruit as this will soon be banned in Karachi.

Different species of birds including chats, munias, robins, sparrows and mynahs are seen trapped in makeshift cages without feeding them properly.

The hawkers play with the people’s emotions asking them to free the birds for a few rupees.

Crammed into suffocating makeshift cages the birds suffer immensely while the trappers cash in on people’s emotions to complete the cruel chain by doing the ‘good deed’ of setting them free again. However, most of the birds are dehydrated and exhausted after being shaken in sacks all day under the burning sun and perish soon after in the concrete jungle far away from their source of food and shelter.

If it happens, it will be a much-needed step as the poor birds are treated inhumanely by the trappers.