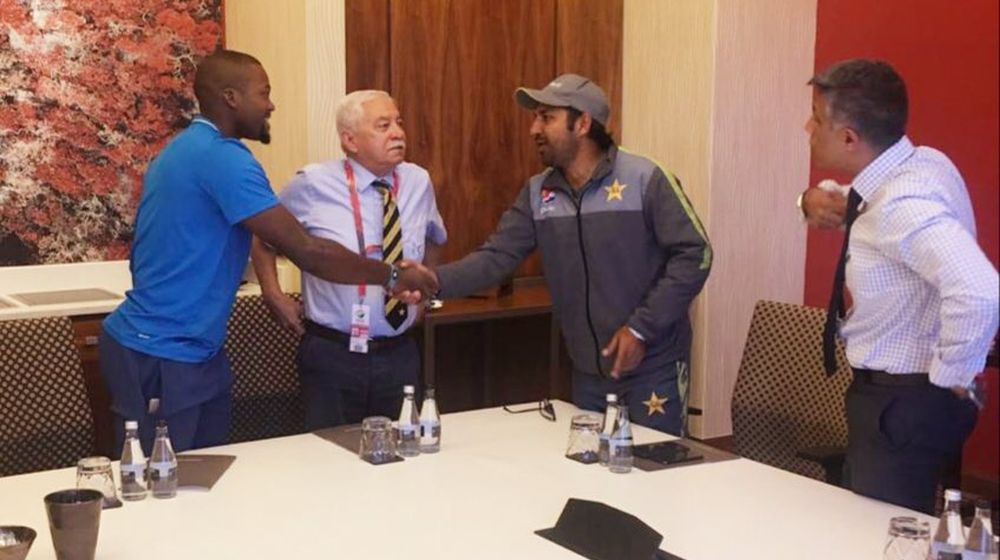 Pakistan Cricket Board (PCB) has expressed its disappointment at Sarfaraz Ahmed’s suspension. Pakistani skipper has been suspended for four international matches by the cricket watchdog, International Cricket Council (ICC).

In a press release, PCB noted:

It [PCB] will be pursuing the matter at ICC forums with the objective to bring reforms to the Code, promoting amicable resolutions to issues as opposed to penalties.

The country’s cricketing regulatory body went on to say that ‘it has a zero-tolerance approach towards racist comments and behavior’ however, the sanction is hard to understand as the two players, as well as the cricket boards, had resolved the matter amicably.

The penalized captain had earlier issued a public apology via Twitter and apologized to Andile Phehlukwayo in person following the second ODI. The South African all-rounder and Cricket South Africa accepted the apology, which should have meant no penalty from the ICC, as per PCB.

Media reports suggest that PCB had also offered to bench Sarfaraz for a couple of games while also donating a portion of his match fee for different causes under the Anti-Racism code, however, ICC rejected the offer.

The punishment was announced minutes before the 4th ODI and Pakistan team was forced to suddenly change the captain at the last moment. PCB has called back Sarfaraz Ahmed as he won’t be able to participate in the remainder of games except for the 3rd T20I.

According to a cricket pundit, ICC had decided to suspend Sarfaraz for 8 matches, however, it was reduced to 4 games thanks to the captain’s prompt apology and match referee’s report.