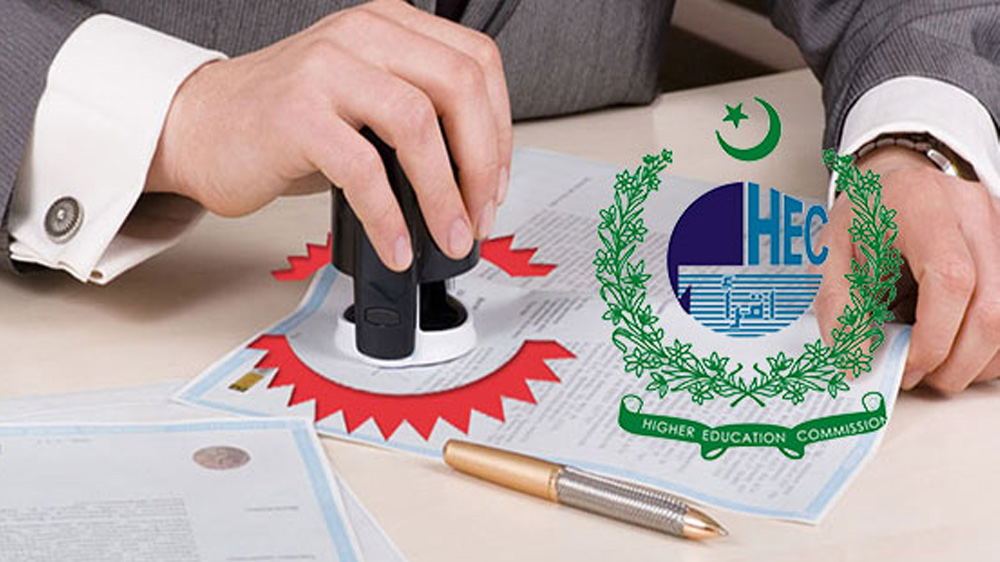 The Higher Education Commission (HEC) has informed the Lahore High Court (LHC) that students of O and A-Levels will no longer require an equivalence certificate from the inter-board committee (IBCC).

The rules have been changed following a petition filed by a student called Romana Malik. Her petition was filed through Advocate Sheraz Zaka as she challenged the requirements to seek the equivalence certificate along with attestation of degrees from the HEC.

Romana Malik, who graduated from Punjab University and got her Master’s degree from a private university, failed to get her certificates attested from the HEC as she did not have an equivalence certificate from the IBCC.

The counsel argued that Romana was facing various issues in getting an iqama (work permit) in Dubai following HEC’s failure to perform their lawful duties.

Justice Farrukh Irfan Khan concluded that HEC should have attested the degrees irrespective if the student had an equivalence certificate or not.

According to a close source:

The HEC counsel presented a notification which stated that a student was no longer needed to apply to the IBCC for O and A-Level equivalence for the attestation of masters and bachelors degrees.

The judge also said that the rules have been altered to benefit the students and that the decision should be respected and implemented uniformly across the country.

The degrees of the petitioner was also ordered to be attested by the judge.