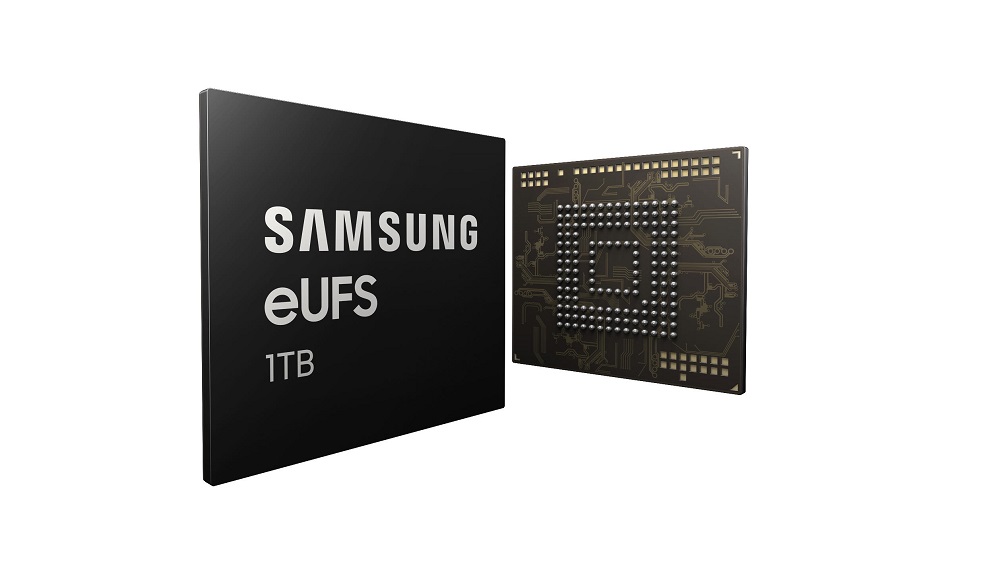 This is more storage than what most people have on their laptops.

Samsung is really close to launching the Galaxy S10 flagship trio. We know most of the phone’s details even though the company has remained pretty much silent about it.

But now, the Korean phone maker has talked about the S10’s 1 TB storage option, which according to Samsung, will give a “notebook-like” experience in future smartphones. Samsung says that its eUFS 1 TB internal storage is an “industry first”, that will reshape the smartphone landscape, eliminating the need to rely on external SD cards or freeing up space for high-resource content.

The Need for More Storage

The upcoming Galaxy S10 is packing some powerful camera features, such as [email protected] video recording, AR content support, and even 3D videos, that will require the phones to have a lot of storage.

According to Samsung, its 1 TB storage card has been placed in the Galaxy S10 without affecting the phone’s overall footprint – which is new age innovation at its finest. The card can store up to 260 10-minute 4K videos – a 64 GB card, in contrast, can only store up to 13 such videos. A 64 GB card is “widely used in many current high-end smartphones”, according to Samsung.

The company said that the new card will have much higher transfer rates, with speeds 10 times greater than conventional microSD cards.

The top-of-the-line Galaxy S10+ has been rumored to feature four rear and two front cameras for crisp photos on both sides. The market has become saturated with numerous smartphones having similar features and design, which is why Samsung wants to take it to the next level and bring its consumers something new. As consumers need high-quality cameras on their smartphones these days, the storage requirement for storing content recorded on these cameras is also high.

Which is exactly why Samsung is expanding its production facilities. The company says that it will do so to “fully address the anticipated strong demand for the 1TB eUFS from mobile device manufacturers around the globe.”

The Galaxy S10 trio is confirmed to launch on 20 February, probably with a surprise foldable device. Keep watching this space for when the phones get launched.