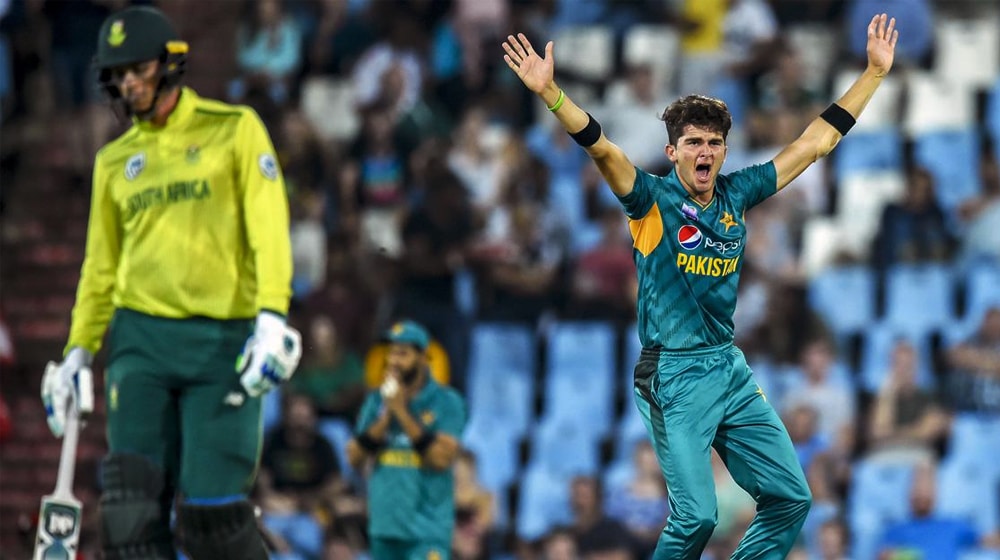 Pakistan ended a difficult tour of South Africa with a consolation win in the third and final T20I. With this, Pakistan avoided the second whitewash of the series across all formats and first T20I clean sweep in over three years.

The Greens registered a 27-run victory which starred Shadab Khan and Mohammad Amir, players who desperately needed big performances to life their morale.

Batting first, Pakistan managed a total of 168 runs after facing a difficult period of spells from Hendricks and Morris, who picked up 4/14 and 2/27 respectively from their four overs.

South Africa’s hopes of a 3-0 victory over the current number-one side in T20Is were shattered by Shaheen Afridi and Imad Wasim, who dismissed both Proteus openers for a cumulative of 7 runs.

Imad Wasim continued his good spell of bowling in shortest format of the game, conceding only 19 runs from his 4 overs and picking up one crucial wicket.

Later on, Mohammad Amir and Shadab Khan showed their skill with the ball and managed 5 wickets between them.

Although it was not the Pakistan’s most impressive display but it was still good enough to get the better of South Africa on the day.

Despite this series loss, Pakistan maintains their number-one position in the ICC T20I rankings.