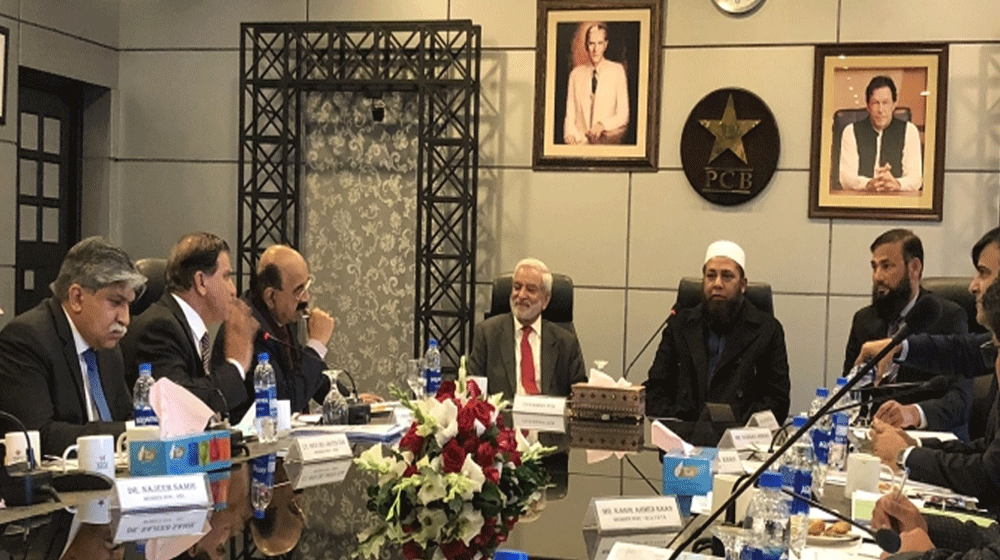 Pakistan Cricket Board (PCB) has finally decided to take up the issue of conflict of interest caused by the dual roles of its employees.

PCB’s board of governors have decided to formulate a policy in this regard after the end of PSL 2019. The decision was taken at the 25th annual meeting of the governing council that took place in Lahore on Thursday.

During the meeting, the matter of PCB coaches and selectors taking up jobs at PSL franchises was discussed in detail. The attendants agreed to chalk out a detailed policy to prevent conflict of interest in the future.

According to ESPNcricinfo, PCB chairman Ehsan Mani has confirmed the development but refrained from taking any action as the league is just a week away.

Previously, the cricket board has been criticized for its biased treatment on this matter.

In November last year, the board removed chief selector Inzimam-ul-Haq and member selection committee Tauseef Ahmed from the PSL draft committee due to their affiliation with the board.

But, it didn’t take any action against the head coach Mickey Arthur and bowling coach Azhar Mahmood who are still part of the Karachi Kings’ coaching squad.

PSL franchises raised questions about PCB’s dual standards in this regard, after which the board had to take up the case in its annual BoD meeting.